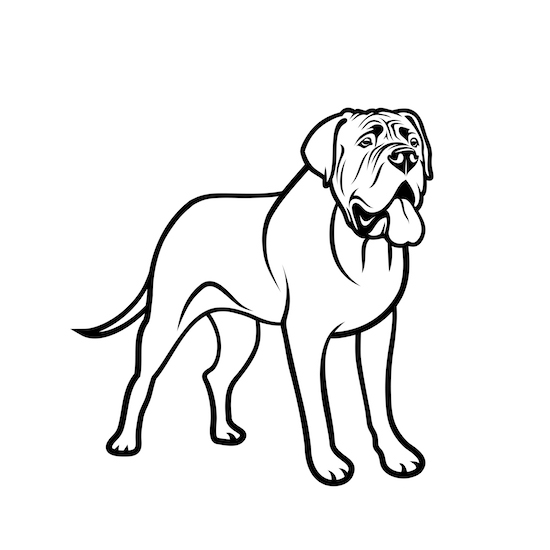 Education is key to protecting and preserving purebred dogs, and to that end, National Purebred Dog Day spends much of the time sharing bits of history and breed “factoids.” What makes a Akbash different from an Aidi? Does a Beardie have anything in common with a Beauceron?

Occasionally, we touch upon what a purebred dog isn’t, or what breed isn’t one at all (at least, not at the time of our writing). Some dogs have names which can be confusing, and the American Mastiff is one of them.

Some sources write that English Mastiffs are bigger, more muscular, have more wrinkles and longer muzzles when compared to American Mastiffs, but this is still a large dog.

Potential Mastiff owners should be aware that the English Mastiff and American Mastiff are not the same thing. Thus far, the only recognition the American Mastiff has received is by the Continental Kennel Club, a registry that registers mixed breeds and has less rigorous standards. One day, the American Mastiff may be accepted by the AKC or UKC, but that day isn’t now. This makes a difference to anyone wanting to show and/or breed their dog, and certainly to the person who desires to have the classic and beloved Mastiff breed that has been around for centuries.