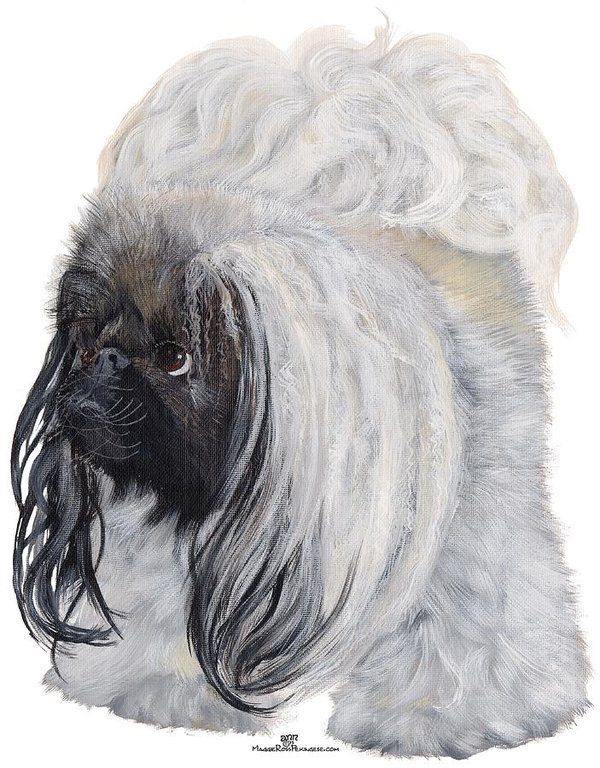 When Pekingese first arrived in Britain in the 1860s, they were called Pekingese Spaniels and were grouped together with the Japanese Chin, also called a spaniel (the Chin would be called the Japanese Spaniel until 1977).

By the 1890s, more Pekingese were being smuggled out of China, but they were still known as Pekingese Spaniels, or, alternately, the Chinese Pug or Pekingese Pug. The Japanese Spaniel Club oversaw both breeds and noted the distinction between the two kinds of spaniels, “Japanese” and “Pekingese,” and thus changed its name to the Japanese and Pekingese Spaniel Club before the Pekingese Club was formed in 1904.  A similar club was formed in the United States in 1906 because by then, the breed’s popularity had crossed the “pond.”  That year saw the first Pekingese registered by the AKC, a dog named, “Rascal.”

When, exactly, the Pekingese became popularly known by its current name is difficult to ascertain with certainty, but it’s possible the name came after the looting of the Imperial Palace in the Forbidden City, once known as Peking (and now Beijing).

Image: Pekingese by Ann Kallal is available as a print, poster, towel, card and more here