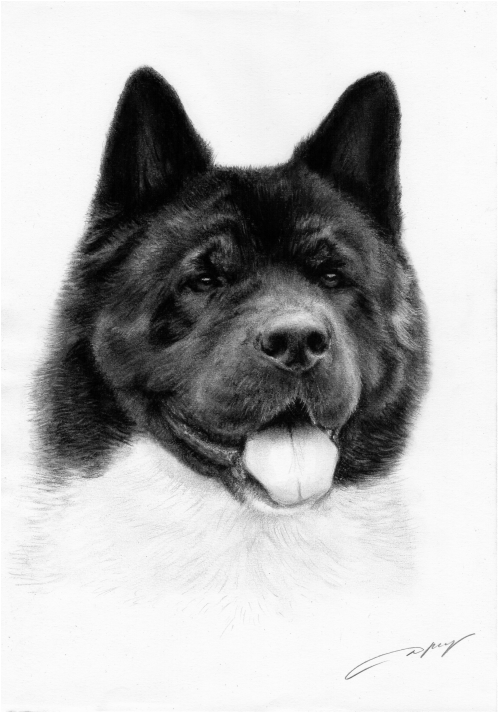 Once upon a time, a man visited the Land of the Dead. There, he found a village that was very much like his own, inhabited by people he once knew. Disconcertingly, no one sees seems to see him as he passes among them, and he would doubt his own presence there but for one thing: The dogs see him, and they bark at him.

In this legend, the dogs were all Akita Ainu, but the story shares many similarities with American Indian folklore and echoes from other cultures. The commonality of this particular folk story supports the widely held belief that dogs possess “vision,” a second sight that sees through death and even sees ghosts.  We ourselves have experienced unexplainable events involving our dogs – have you?  Have you ever had a dog that seemed to sense something you didn’t,  but you believed the dog?

Akita in Charcoal by Danguolė Šerstinskaja