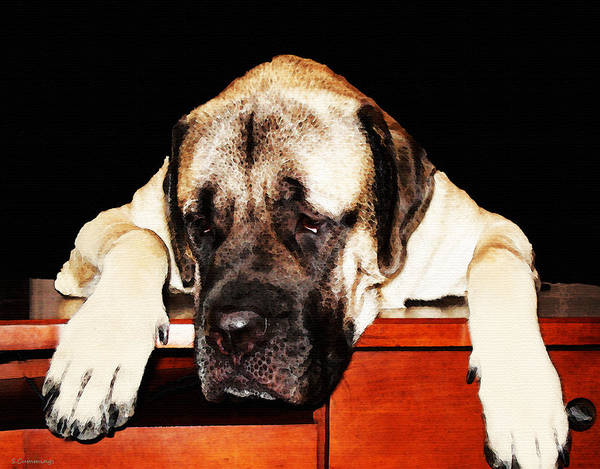 In 2006, eight-six Mastiffs were delivered to the Department of Defense in the United Kingdom. Two years later, another twenty-four were sent, and in 2010, yet another twenty-three Mastiffs.

What goes on here?

Be still your worried heart, these Mastiffs were heavily armored vehicles used for road patrols and convoys. Each one carried eight troops, plus two crew, and was fitted with fold up seats with armor made of Dyneema Unidirectional (UD) lightweight material, improving protection from mines, small arms fire or explosions. It was powered by a Caterpillar C-7 diesel engine, had a V-shaped hull that helped disperse explosive energy and shock-mounted seating, and that made it versatile enough to use as a recovery vehicle, ambulance and artillery mover in urban warfare and as reconnaissance. 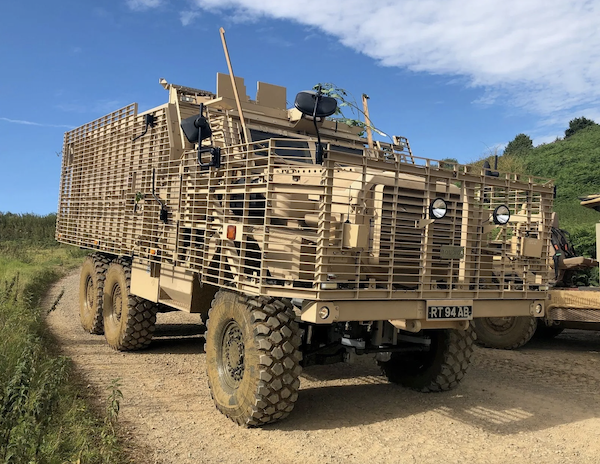 It transported equipment, and could ferry infantry troops around danger zones.  To that end, a Mastiff (which could travel at a top speed of 55 mph ) was armed with a 7.62mm general purpose machine gun, 12.7mm heavy machine gun or 40mm automatic grenade launcher. It also included a Bowman radio, electronic countermeasures, thermal imaging capability for the driver, along with either GPMG, HMG or GMG and a remote weapons system with a joystick and a camera for the operator.

The Mastiff was used for training British armed forces in Iraq, patrolling in Basra, Iraq, and also in Afghanistan. As of April, 2022, the United Kingdom also sent the vehicles to Ukraine as part of a package of military aid.  Click here see one in action.

This Mastiff was derived from another “critter,” the American Cougar, but it underwent more than 50 modifications by the manufacturer, Force Protection (the maker of ballistic and blast-protected vehicles) to meet UK forces’ requirements.

We don’t know why the UK Department of Defense has named so many of its vehicles after dog breeds, but the Mastiff is hardly the only one. In a previous post, we talked about the Rhodesian Ridgeback:

A Resemblance, We Think

We’ll be covering the other breed-named vehicles in the future including the Bulldog, Wolfhound, Foxhound, Deerhound, Husky – and so many more!

Image: Mastiff by Sharon Cummings is available as fine art, and in home decor and lifestyle items here