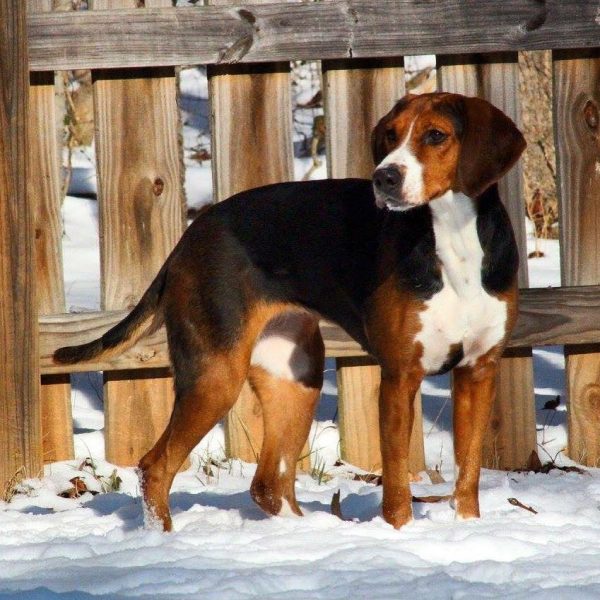 We think we’d all like one of these, someone to help around the house who doesn’t expect to be paid (or fed).  Swedish folklore gives us such a mystical creature, the Tomten, a small elf believed to help Swedish homemakers with household chores. No word from Swedish homeowners if they’ve ever come home to find the laundry folded and the chores magically done, but we do know of an entity that has the power to make someone feel good, and that would be the dog these elves kept for companion, the Hamiltonstovare.

Developed in the 19th century, the dog (also known as the Hamilton Hound) takes its name from the founder of the Swedish Kennel Club, Count Adolf Patrick Hamilton, a connoisseur of hounds and the creator of the breed. “Pang” and “Stella,” were the Count’s dogs, descendents of dogs that came out of English Foxhounds, Beagles and Harriers bred with indigenous Swiss hounds. Hamilton, in turn, bred “Pang” and “Stella” with imported German Hounds to develop the Hamiltonstovare.  Clever of the Count to recruit the help of elves to make the breed even more irresistible.