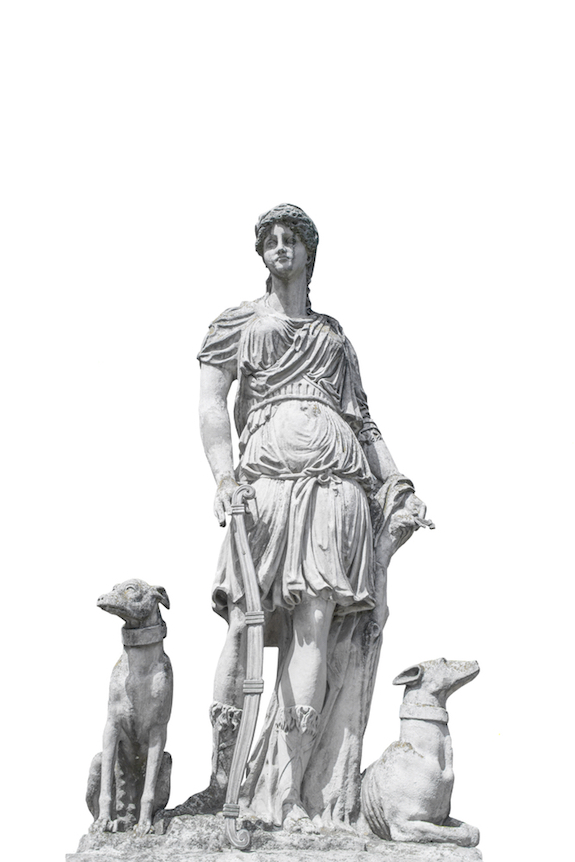 The talent behind making stone look transparent is staggering to us, and to our delight, history has given us more than a couple of masters who perfected it.

Sculptor, Raffaelo Monti’s skill was such that through tricks of light and polish, he created the illusion that we can see through marble. His Veiled Lady, sculpted in 1860 and seen below, was rendered so that the top of the head and shoulders were polished smooth to reflect light, but where the veil falls across the face, the marble is less polished and thus reflects less light;  this hinted at texture. 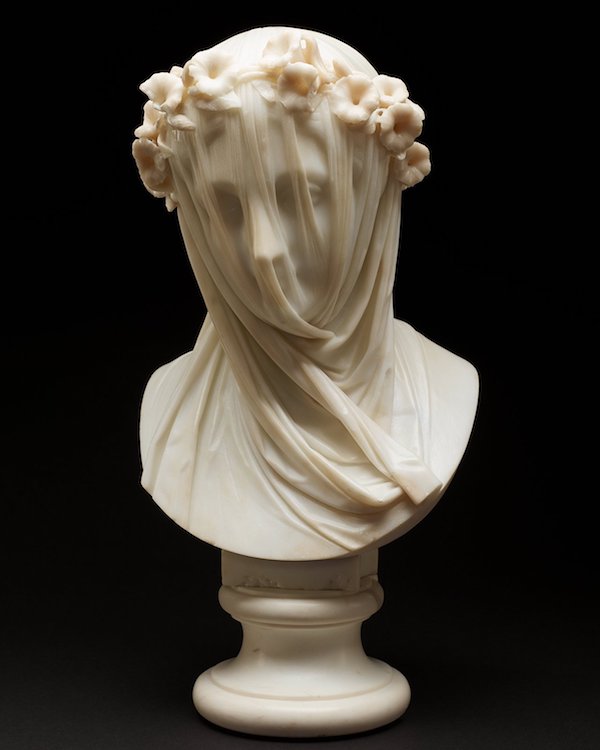 Underneath this paragraph, we see Giovanni Strazza’s The Veiled Virgin, probably sculpted in the early 1850s. Made of Carrara marble, the bust was sent to Canada where it was received by the Roman Catholic bishop of St. John’s, Newfoundland in 1856. It was kept in the Episcopal Palace adjacent to the Roman Catholic Cathedral in St. John’s, and in 1862, the sculpture was presented to Mother Mary Magdalene O’Shaughnessy, the Superior of Presentation Convent. It has remained in the convent under the care of the Presentation sisters ever since. It isn’t displayed to the public, but it can be seen by appointment. 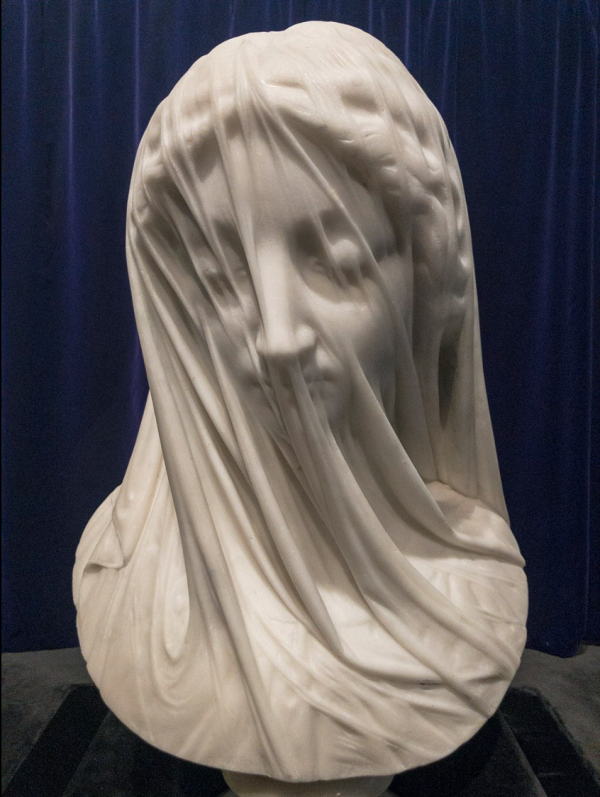 And then there was Undine Rising from the Waters by Chauncey Bradley, created in 1880: 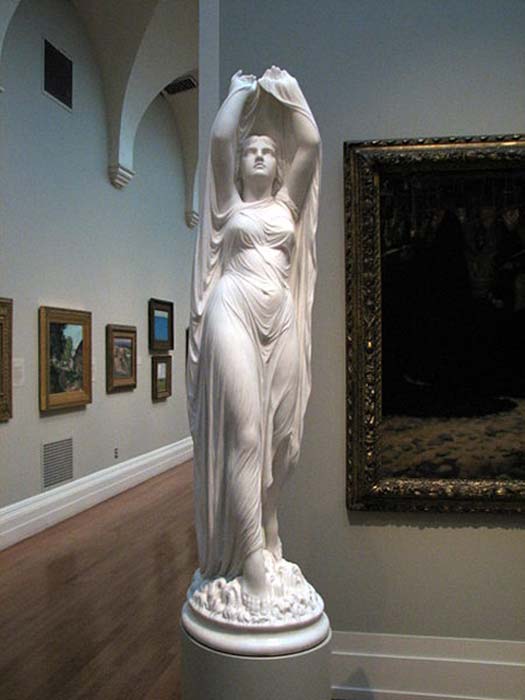 Sculptures of veiled figures was nothing new. The concept peaked in popularity during the 1700s in Italy and gave sculptors the chance to show off their technical mastery over marble. 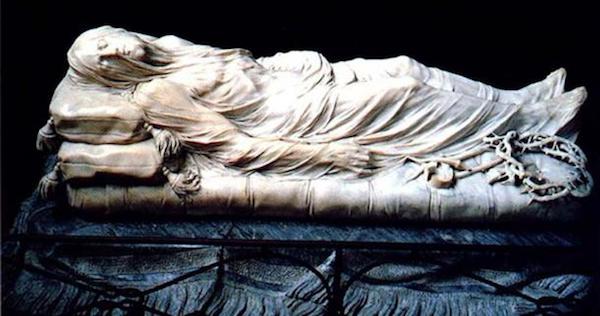 The Veiled Christ by Giuseppe Sanmartino

Roughly 100 years later, a new generation of artists revived the technically demanding tradition as you’ve seen above. We were delighted to see that a modern version has been born of the art form. What do you think?

We can’t claim credit for this masterpiece, it was passed along to us by a reader who found it on Facebook. We know nothing behind the post other than that it appeared on the Facebook page of Dogs Today Magazine with Andrea Lissa Zuñiga Orig. We are beholding to both for appreciating an ancient art form, and it’s modern incarnation.