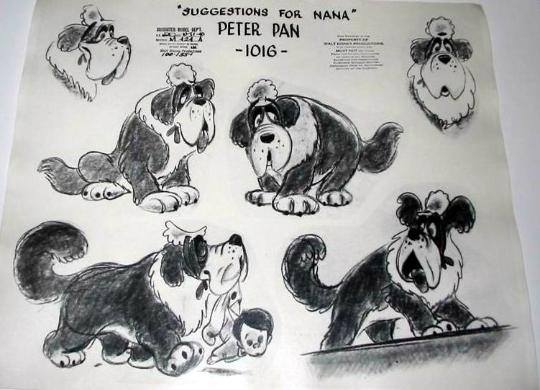 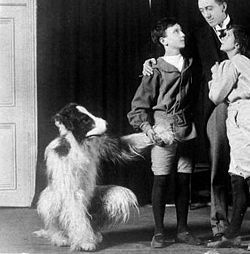 Nana, played by Arthur Lupino in 1904

One of the most famous roles written for a dog is that of “Nana,” the doggie nursemaid in Peter Pan, but over time, there’s been considerable confusion about what breed of Nana actually is. In the original script, author, J. M. Barrie, specified that Nana is a Newfoundland, possibly because at home lived “Luath,” a Newf.  When Barrie first thought of Peter Pan, however, his dog was Porthos, a Saint Bernard. For the very first production, however, “Nana” was played by a human, Arthur Lupino, who spend hours studying “Luath” at home to copy his movements.

Image: A studio ozalid print model sheet actually used in the making of “Peter Pan” in 1953 showing the model of Nana the nursemaid dog