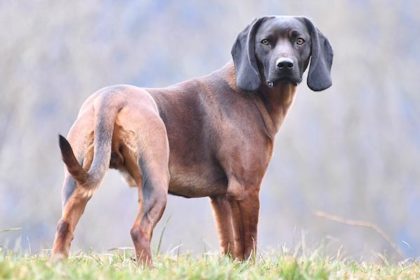 A “Jagdschloss,” or what we would describe as an old Bavarian hunting lodge, may seem romantic today as we picture a charming wooden chalet cozily situated at the edge of a mirrored lake nestled in a pastoral valley, but there was nothing romantic about hunting in the 16th century. The Bavarian wheel lock rifle was revolutionary for its time, but it had limitations, and was of no use to the average person, anyway, since ownership was limited to nobles, officers, and elite guards. What was left to the average farmer, tenant and tradesman were rustic equipment and techniques (stalking and hiding) described as rustic, at best, but people had to eat.

The best of hunters didn’t always hit their mark with the first shot, and German hunters didn’t believed in allowing a wounded animal to wander off in its pain. Every injured animal had to be harvested, but they weren’t always easy to find, and dogs were relied upon to find their scent. As firearms improved, and large estates broke up after the Revolution in 1848, hunters took to the mountains to find game, but hounds used in the lower valleys were too heavy boned and lumbering to negotiate rugged terrain, nor did they have the stamina for long-distance tracking. A more agile “specialist” was needed “after the shot,” a dog that excelled in tracking wounded game, and in the late 19th century, it was Baron Karg-Bebenburg who came up with a tracking dog he could use on his Bavarian estate.

Unlike many other breeds, the Bavarian Mountain Scent Hound survived both World Wars, but it remained virtually unknown outside of its homeland for quite some time. Still, a dog touted as a classic companion for hunters and game keepers cannot remain a secret for very long. The Bayerischer Gebirgsschweisshund (its name in German) was recognized by the United Kennel Club in 1996, and it is currently part of the AKC’s Foundation Stock Service. Most recent estimates suggest that the breed’s total American population is somewhere around 250 animals – and growing.  This is a very handsome breed with a coat that almost appears glossy, but potential owners have to understand the hound mentality. The Bavarian Mountain Hound is an intelligent problem solver, but she can be stubborn, and if not mentally challenged, she can be induced to find her own amusement. Vigorous daily exercise is a must because this breed is driven to work.

Image from the AKC’s breed page appears with consent