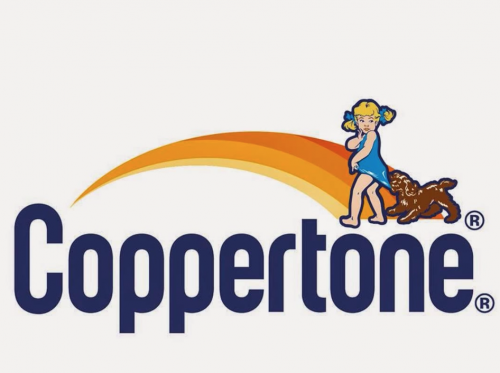 You’d have to be of a certain age to remember the commercial below:

Coppertone commercials, whether in print media or on TV,  always featured the ubiquitous Cocker Spaniel, but who was the girl? Back in 1959 when the ad first appeared, artist Joyce Ballantyne Brand used her own three year old daughter, Cheri, as the model. Six years later, a three year old who would go on to win two Academy Awards made her acting debut as the Coppertone girl in a TV ad.

Jodie Foster was the youngest of four children of mom, Brandy, who worked in public relations for the film producer, Arthur Jacobs, but it was actually her brother, Buddy, who was the actor in the family. Buddy had started making television commercials when he was nine, and when he went to auditions, three year old Jodie was taken along. When Buddy auditioned for a Coppertone commercial, it was Jodie who got noticed, then cast as the little girl who gets her pants pulled down by the Cocker Spaniel.

Jodie Foster went on to make other commercials, but again, only a certain age group will remember them. Who recalls this one?

As for the breed of choice in the Coppertone ads, a neighbor’s Cocker Spaniel is what came to mind during the conception of the commercials.

One thought on “You Know the Breed, But Do you Know the Coppertone Girl?”