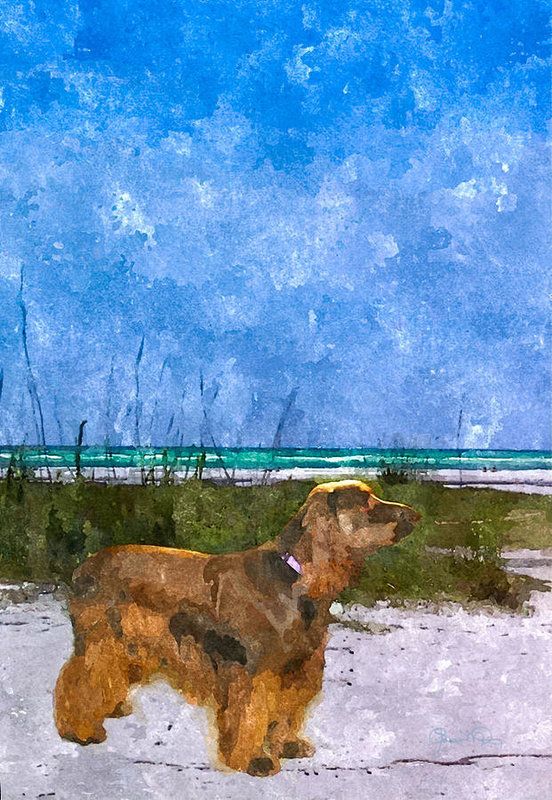 From 1942 until 1967, there were no Field Spaniel registrations with the AKC. Zip. Were it not for the dedication of a few British breeders, this dandy breed would have vanished. In 1968, R. Squire and C. Tuttle imported three dogs from England and the breed enjoyed a bit of a revival.  These three dogs and subsequent imports formed the basis for the majority of Field Spaniels now in the United States. Still not an over-the-top popular breed, Field Spaniels may be one of dogdom’s best secrets.
These dogs have a marvelous nose, and hunt at a speed comfortable to walk behind. They can work in a variety of covers, from wide open to thick, and are said to adjust their speed, style, and range to suit the hunter and whatever type of cover she’s hunting.They’re typically softer, and more methodical in the field, as well as a bit slower than some other breeds, but they find birds other dogs have passed. Many fans of the breed especially like that the breed hasn’t split into “field” type and “show” type, and for some, this means they can show their dog and hunt with it, as well. This isn’t to say that the Field Spaniel is the dog for all people. The breed can be stubborn, and Fields get bored very easily. Heavy handedness and force only makes a dog shut down. Fair, consistent training, and giving the Field Spaniel a job is key.
“Field Spaniel Elegance” by Susan Molnar is available in print here.

3 thoughts on “25 Years When there Were No Registrations for this Breed. Zip.”