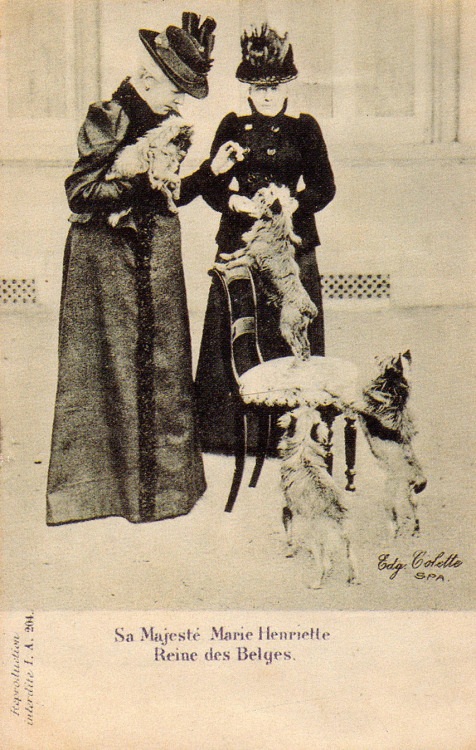 It is tempting to look upon a Brussels Griffon and marvel at its “wookie” charm and cuteness, but that this Belgian breed has its earliest roots in a dog some sources called the “Smousje” (which others have referred to as the “Griffons d’Ecurie”
(wire-coated stable dogs). By any name, these rough coated, small dogs were bred to hunt and kill rats in the stables of horse-drawn hansom cabs – the equivalent of today’s taxi – and they did it really well.

Included in the breed’s ancestry is the Affenpinscher (which contributed size and wiry coat texture), the Pug (whose influence is seen in the smooth-coated variety), and the English Toy Spaniel (which gave the breed its large, expressive eyes, rounded head, and upturned under jaw).

These crosses eventually created a small dog with great rat-hunting abilities and an almost human-looking face. By 1880, the breed had a name in Belgium: The Griffons Bruxellois, or Brussels Griffon. By 1883, a breed standard was formulated and regular classes had been established at dog shows. While the breed was already popular with both the aristocracy and blue collar workers, it got an additional boost when Marie Henriette, Belgium’s queen and a dog enthusiast, fell in love with the dogs and began breeding and promoting them in Europe and abroad. The Duke of Flanders also bred Griffons on a big scale.

Many dogs were exported to other countries, and 1897, a Griffon Bruxellois club was formed in England in 1897. In 1899, the first Griffons appeared in the #AKC Stud Book, and were shown in miscellaneous classes at Westminster. The Breed gained recognition in 1900, and the first Champion was recorded with AKC in 1908.

As is so often the case, both world wars wreaked havoc on the Brussels Griffon and its numbers shrank because few could afford to keep a dog. By the end of World War II, Brussels Griffons were nearly extinct in Belgium, but because of the people that National Purebred Dog Day® regards as conservators, these breeders, especially those in the UK, kept the breed from vanishing altogether.

While the film, “As Good as It Gets” increased the Griffon’s exposure, it’s still regarded as an uncommon, if not rare breed in America.

Image: Marie Henriette Queen of Belgium and her Griffons taken in 1902 in a photograph said to be the last one taken of her. Photo found on Pinterest and happily credited upon receipt of information

2 thoughts on “A Brief History of the Brussels Griffon”