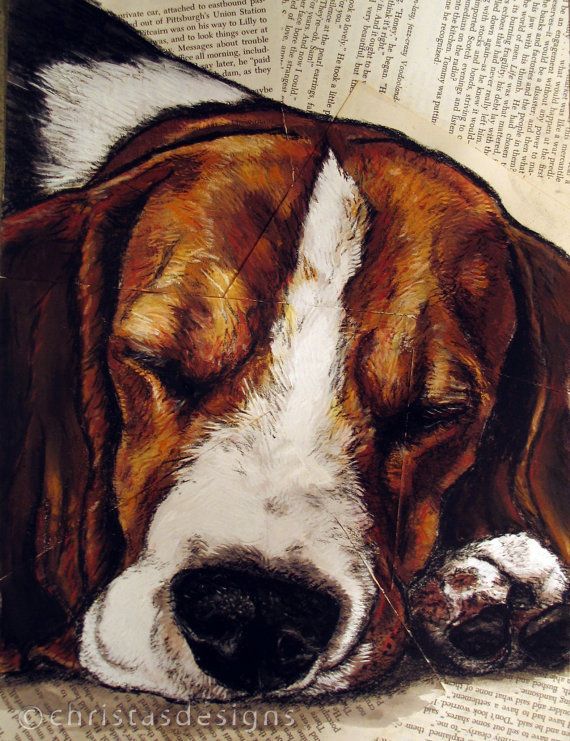 If you’ve seen a Beagle inspecting baggage at airports, it’s very possible that you saw a member of the Beagle Brigade. The Brigade was started as a pilot project in 1984 at the Los Angeles International Airport. Three handler teams screened arrivals for the LA Olympics, and by 2004, there were over 60 Beagle Brigade teams at 21 international airports. The dogs were trained to recognize agricultural products such as fruit, flowers, meats, nuts, etc. at international airports and U.S. border crossings. According to the USDA, the Beagle Brigade program averages around 75,000 seizures of prohibited agricultural products a year.

As of 2020, they’re still at it. Chaze, Cardie, Marlee and Chipper are the most recent graduates who in 2019 advanced into the “Beagle Brigade,” the time they wear their uniforms for the first time. The Brigade is still predominately Beagles, in large part because they’re not intimidating (making them unobtrusive when inspecting traveling passengers), and they’re the perfect size to get into tighter spaces.

For 13 weeks of rigorous training at a USDA facility at the National Detector Dog Training Center in Newnan, Georgia, the dogs are taught through positive reinforcement five basic odors: Apple, citrus, mango, beef and pork – and pork is the biggie because it carries so many harmful diseases.

We’re not sure which, if any, of those odors resembles a snail, but this past June, one of the graduates, “Chipper,” along with teammate, “Candie,” discovered two Giant African Snails in the luggage of a passenger arriving at Hartsfield-Jackson Atlanta International airport. Giant African Snails are a particularly invasive species because they reproduce quickly — about 1,200 eggs in one year — and they eat at least 500 types of plants, including peanuts and melons. They can also damage plaster and stucco buildings, and once they are in, it’s hard to get them out. When Giant African Snails were first found in southern Florida in the 1960s, it took over ten years and $1 million to eradicate them.

Some 120 Beagles are now employed by the U.S. Department of Homeland Security’s Customs and Border Protection, as well as state and local government agencies and departments. They’re sprinkled across 88 major international airports in the U.S. where each day, they put in an eight-hours working alongside their handlers. The AKC’s recent article on the dogs explained further: “After breakfast and a quick health check, the team arrives at the airport where they spend 45 minutes out of every hour making their rounds and inspecting flights. That leaves each dog with 15 minutes each hour to take a break, with a longer rest period in the middle of their shift while their handler takes an hour off for lunch.

“Throughout their day, these vigilant pups sniff out all kinds of potential agricultural hazards that threaten the health and safety of both people and the environment. Detector dogs find everything from illegal bush meats to exotic plants and soil and even exotic birds that people try to smuggle into the country. At the end of their shift, the dogs return to the federal facility where they’re housed for a well-earned night of play and rest.

“Typically, detector dogs serve until the age of nine, which is the mandatory retirement age for members of the Beagle Brigade and other detector dogs in the program. Occasionally, medical issues force some dogs into early retirement. Once they reach retirement, it’s not unusual for the dogs to go live with their handlers as full-time pets. When this doesn’t happen, the NDDTC finds the dogs loving homes where they can live out the rest of their lives in leisure.”