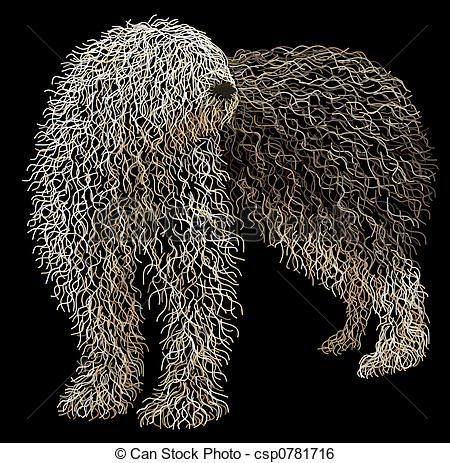 Pot casse. There is only one breed in which this term has any meaning, and it is the Old English Sheepdog.

Depending upon whom you ask, “Pot Cassé” is either French for “broken urn,” or French for “cracked bell.” Either way,it refers to a bark that sounds like two pots clanging together, a signature bark of the breed. Whatever the translation, it ultimately means, “deafening.” Lest you think this is an obscure bit of trivia, be aware that the term is part of the breed’s AKC standard: “His bark is loud with a distinctive “pot-casse” ring in it.”

Unless one knows what to listen for, most of us wouldn’t know a Pot Casse bark, but thanks to Stephanie Getter, we have a video clip of her dear Old English Sheepdog, Tylore, demonstrating the bark:

Bear in mind that Tylore is outside.  A Pot Casse bark in close quarters, like a car or a bedroom, is unlikely to be ignored.