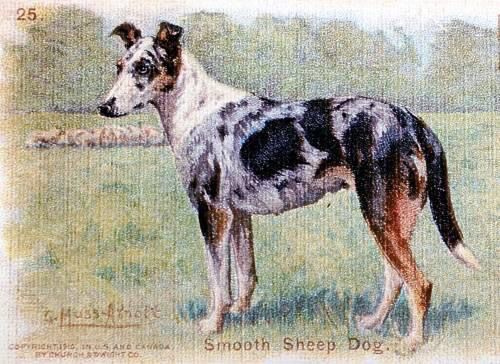 Beyond the Blue Neon was the ninth album released by country music artist George Strait,  and as impressive as the album was (it was certified platinum, and it produced three singles that all reached Number One on the Billboard country charts), there was another achievement that went by the same name.

This Beyond the Blue Neon was a smooth Collie who did something pretty special, an achievement we like to mention to anyone who laments that today’s purebred dogs can’t do the job for which they were bred. Known to her friends as “Harley,” this lovely little lady owned by Becky Henson was not only the first Herding Titled Best In Show Collie, but she became the first Best in Show dog of any breed to have a Trialing Title which made her the AKC’s first HS/BIS dog.  Her proper “full” name underscored her achievements: Ch Montara Beyond The Blue Neon, CD, HS, HSASd, H|Ad, NA, HTD1, STDsdc, OTDd, CGC, TT, VX. She was a National Specialty BOS winner, a Best In Show winner, Herding High In Trial winner on sheep, cattle and ducks, and was in the top five in the US 1997, 1998, 1999, top twenty 1996 and 2000. Sadly, Harley passed away in 2007, but her “first” remains forever in the records books.  Remember her the next time someone says something foolish about our purebred dogs.