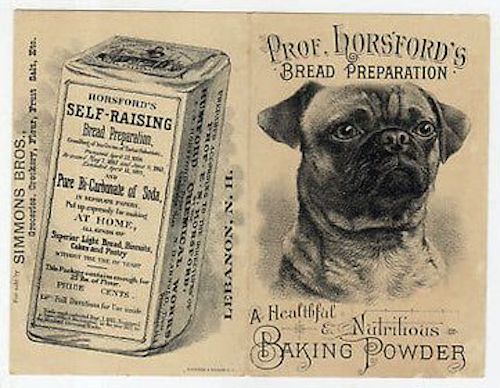 Recently, a reader shared photos of a couple of items donated to the shop in which she works. She shared them with us to show that Pugs have not changed all that dramatically since the days these antiques were new. 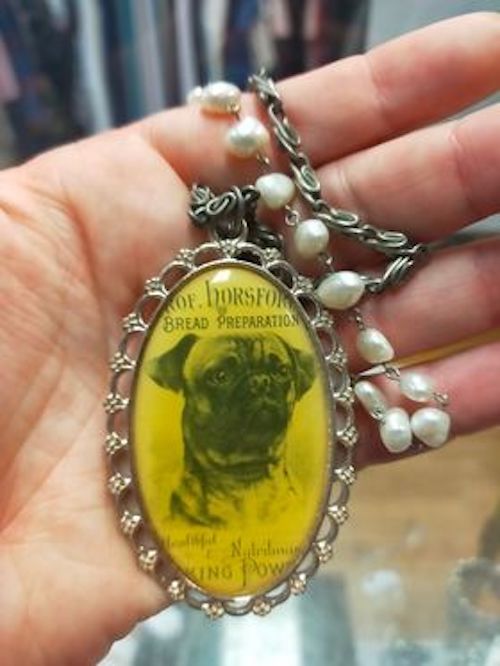 That said, there have been changes, though not enough for the dog to look like anything other than a Pug,

This is a very old breed dating to the pre-Christian era. The parent club website writes: “Dutch traders brought the Pugs from the east to Holland and to England. The more refined Pug that we know today must be credited to the English.”

This is a nice segue to those Brits, and Queen Victoria specifically. Her Majesty owned a variety of breeds which were housed in the royal kennels at Windsor Great Park, but she was a champion of the Pug.  She was known to have kept thirty-six Pugs of them one time, including “Fatima,” “Minka,” “Venus,” “Fatima,” “Olga,” and “Pedro,” among others.  The queen not only played an active role in their breeding, but it was her involvement in their breeding program that helped established the Kennel Club in 1873. 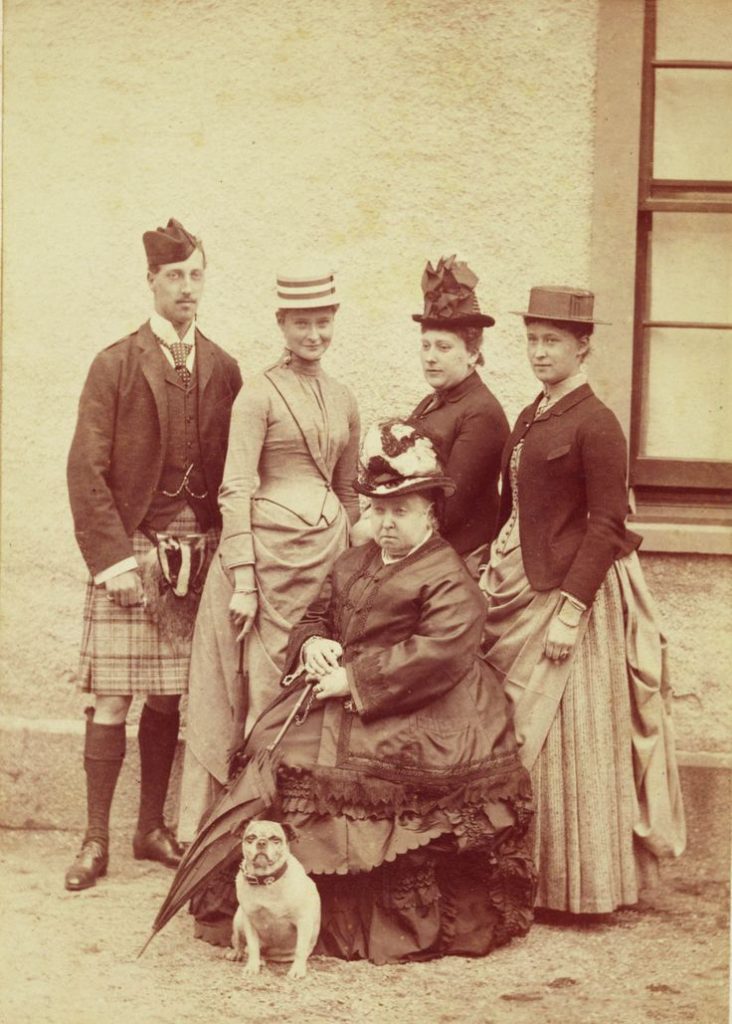 In the book, Dogs: Working Origins and Traditional Tasks, author Mike Loades writes that it was during Victoria’s reign in the 1860s that a new wave of imported dogs from China introduced changes we see today. A shorter muzzle (some have described it as the “modern-style Pug nose) and shorter legs came to dominate the breed thereafter.
The Queen’s affection for the breed passed to other members of the Royal Family, including her grandson, George V, and her great grandson, King Edward VIII, who abdicated his throne to marry Wallace Simpson and she shared his “Pug love.” Indeed, she is said to have doted on a passel of Pug during the couple’s exile in Paris.
The painting below by Gourlay Steell is entitled “The Drumplier Pugs,” circa 1867, and was of Queen Victoria’s Pugs: 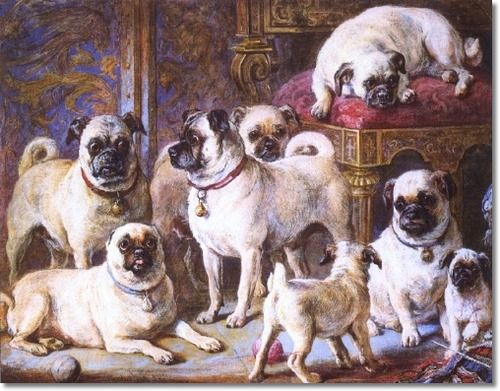 Images: Our thanks to Morgan M. for sharing the images of the antique items received at her shop.