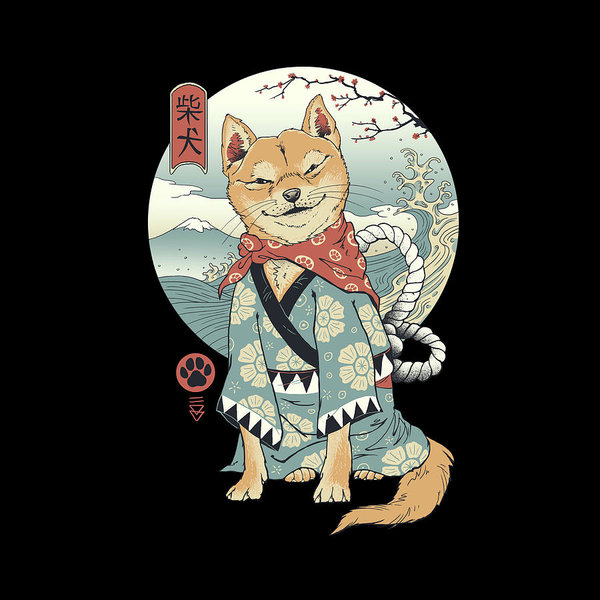 There are several theories about how the Shiba Inu got its name,  but one that has never been seriously postulated has to do with location.  This smallest of the native Japanese breeds is the only Nihon Ken not named after a geographical area.

In Japan, “inu” means dog, and many of the native dog breeds are named after the area from which they came (followed by “inu”). The Hokkaido-inu, for example, is from Hokkaido. The Shikoku-inu is from Shikoku.  In contrast to the other breeds, however, the Shiba is from a very large geographical area inside central Japan and may likely have been named after its history of being a hunter dog in the mountains of Japan. The breed didn’t come by it’s present day name in Japan until in the 1920’s.

Image: Shiba Inu by Vincent Trinidad is available as fine art and in lifestyle and home decor items here.