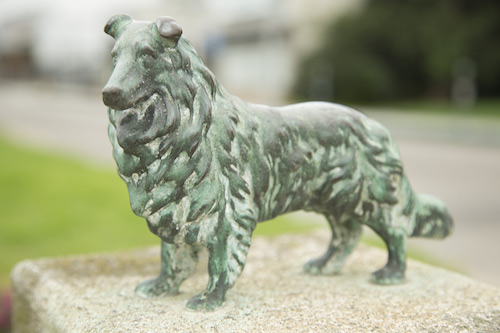 In the 1930s, a Collie named Rex (who, somewhat mystifyingly, also went by Penelope) used to follow a local mail carrier on his rounds which followed Route 15 in Inglewood, California.

He – or she – did this for fifteen years. By popular demand, the citizens of Englewood asked that Rex/Penelope be remembered with a monument attached to a small fountain in front of the post office. The sculpture of the Collie – sculptor unknown – was erected along with a plaque on November 25th, 1939 and situated on the street’s grass median in front of the post office. 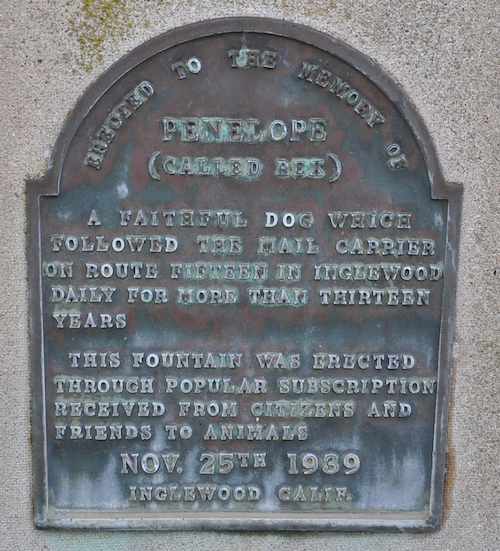 An inscription on the base of the fountain for dogs reads: “A faithful dog which followed the mail carrier on Route Fifteen in Inglewood daily for more than thirteen years. This fountain was erected through popular subscription received from citizens and friends to animals. November 25, 1939.”

Rex/Penelope performed no heroic act, but he lived in a simpler time when the loyalty of a dog seemed worth remembering by the people who watched him day in, day out, for fifteen years. We’d like to think that those folks would be pleased that we still remember both the dog, and their simple, but loving tribute to him.