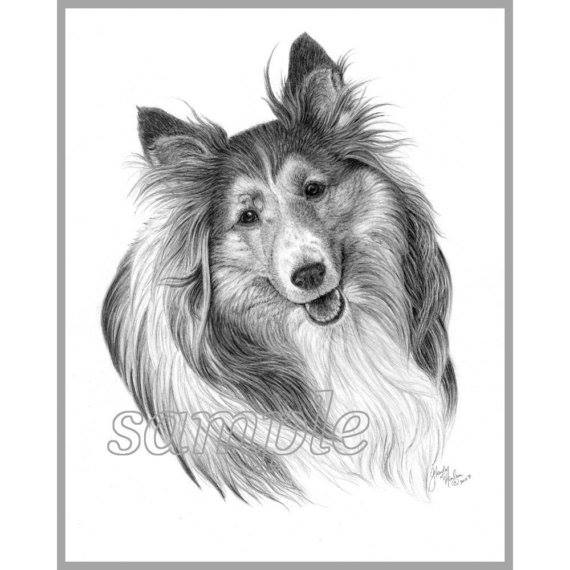 It’s the first part of a dog that approaches us, so we usually notice a dog’s face and head first, and in a breed like the Shetland Sheepdog in which “expression” is important, ears contribute to the dog’s countenance. In fact, ears are one part of a trio of factors that when combined, produce expression: The contours and chiseling of the head, the shape, set and use of ears, and the placement, shape and color of the eyes combine to produce expression (the italicized wording comes directly from the AKC breed standard)

For this post, we focus on the Sheltie’s ears which, of course, are different on each dog. The dog in the drawing seen here has a “prick” ear set, which means the entire ear stands up, but genetics provides what anyone has to work with. Some Shelties have natural ears, and some need a bit more help by way of having their ears “tipped.” It should be mentioned that there may be health benefits to tipping the ears, and they include preventing sunburn in the ear, and keeping water and debris from getting in the east canal.  Some also feel that tipped ears give a dog more of a “predator” look to ward off larger prey animals that would threaten their flocks (though these weren’t traditionally found on the Isle).

All this said, Shelties who are going to be shown typically need to have their ears “tipped.”

So what, exactly, is a” tipped” ear? It’s an ear in which the “pointy part” of the ear folds forward.

Many people wait to see what their dog’s ears do naturally before positioning them. Some seasoned owners prefer to wait until the puppy is done teething because in many breeds, not just the Sheltie, ears can do all sorts of odd things during the teething process. Others believe that serious “training” of ears should begin at ten weeks of age, and continue until the cartilage of the ears are set, sometime between six and eighteen months of age.

Some breeders breed for tipped ears so that in time, they’ll be produced naturally, while others either use tape, glue, an ear weight, or even a water-soluble clay poultice to get the ear to fold. If an artificial means is used, the ears need to be correctly positioned once it’s noticed they are prick ears, and they need to be kept that way every day until they tip consistently on their own. Some Sheltie ears require help only while the dog is teething, but some ears will “go prick” no matter how the owner tries to train them.  It’s important to note that when done correctly, training the ears isn’t at all invasive or uncomfortable for the dog. Puppies with their ears “in training” go right on being playful, incorrigible, and delinquent.

If the ear is to be taped, moleskin or sports tape is typically used so that the top quarter to a third of the ear tips.

If glue will be used, hair glue, a product used on weaves and hair extensions in humans, is typically used to do the job, but some folks use something like Osto-Bond Skin Bond Latex Adhesive or Torbot Liquid Bonding Cement. Ears can be re-glued if one isn’t happy with how they look, but after a year of age, it’s probably too late to re-glue. The puppy in the photo below (taken by Becky Hancock Bucata) was shared with us during our Purebred of Interest Facebook feature on the breed. This youngster illustrates ears that are glued to train them to tip: 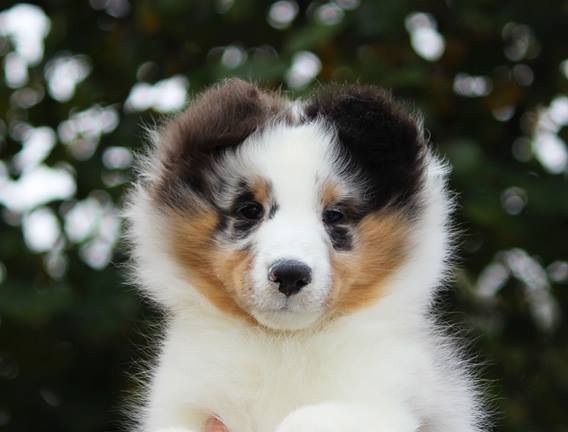 Some Shelties have heavier set ears which insist on staying down and being floppy. Again, Becky Hancock Bucata provided a nice photo of a dog with heavy or low breaking ears: 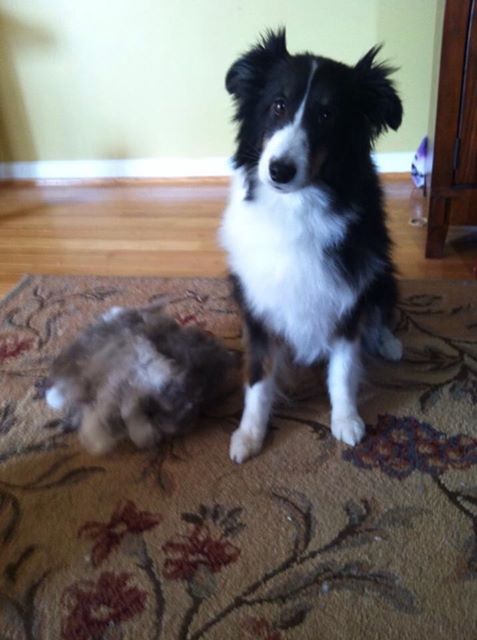 Getting the proper ear set can be a lot of work for the owner of a show Sheltie. At the proverbial “end of the day,” however, tipped ears are an exquisite finish to a Sheltie’s expression: 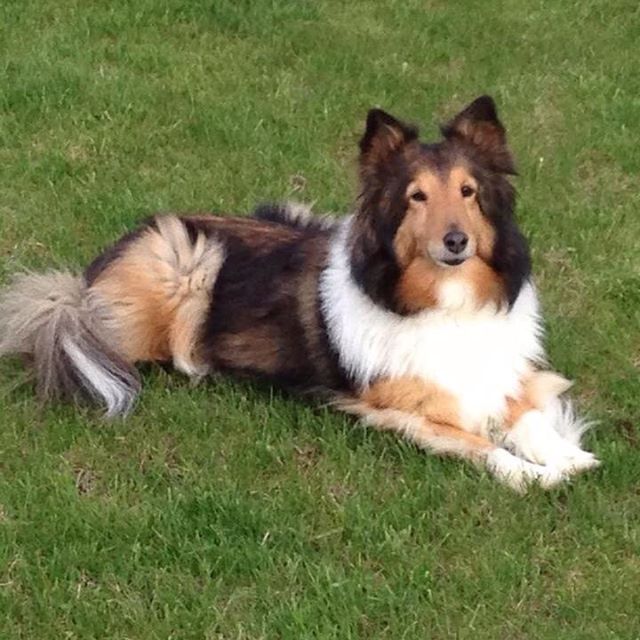