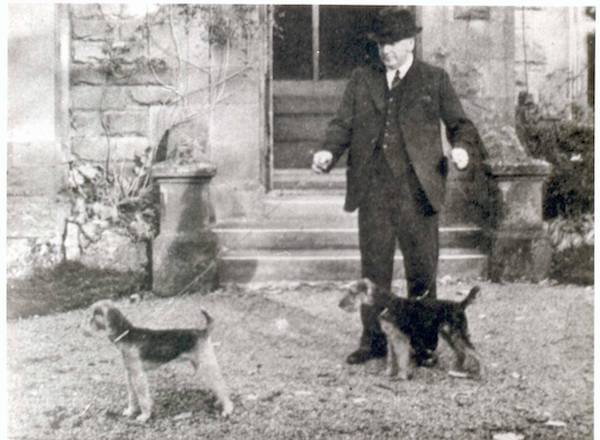 As we approach National Purebred Dog Day (only 13 days away as we write), we urge our readers to never lose sight of the precious history behind the breeds they love. Sometimes, these dogs are the only remaining conduit to a different time, and to dogs which are long gone.
One of the oldest terriers, the Lakeland is a descendant of the old English Black and Tan and Fell Terriers dating back to the 1700s. Original names for the breed included the Patterdale (not to be confused with today’s Patterdale Terrier), Coloured Working Terrier, Cumberland and Westmoreland Terrier, and by 1910, people were talking about the “new improved Fell Terrier. Ultimately, the Lakie took its “modern” name in 1912 from Britain’s mountainous Lake District in the border county of Cumberland.

Lakies were bred to hunt and dispatch the foxes that preyed on farmers’ lambs and poultry in Britain’s border county of Cumberland. These critters were a real problem for people who made their living selling eggs, meat, and poultry because the fox is an industriousness, opportunistic feeder who’ll pursue all of the above. 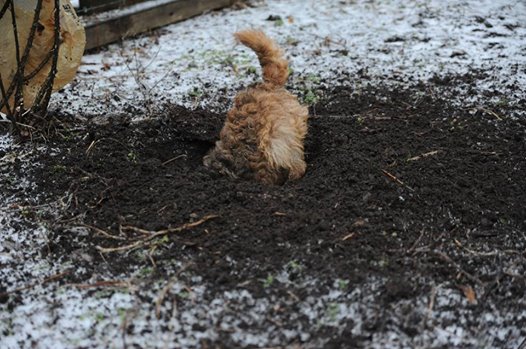 Lakeland Terriers, like the one seen above (make that “half” seen) made the fox’s job more difficult as the dogs did their jobs with tough efficiency. Originally tasked to “go to ground” in the hunt for vermin, the breed’s size made it particularly popular as a hunter in hard-to-reach places because it was said that if a Lakie could get its head into a space, the rest of the dog would follow easily. One sees the flatness of the rib cage in the photo below: 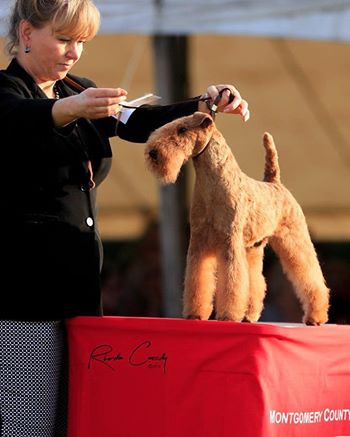 In the words of one Lakeland Terrier owner, in reality, no Lakeland head should be fully as wide as the rib cage, but the ribs really shouldn’t be much wider. The flatness of the rib cage and it’s depth give the dog the flexibility to navigate narrow spaces. Lakies are not spanned, but the judge going over this dog did, and was able to. Lakeland owning spectators were surprised to see it being done, but they weren’t at all bothered by it. A Lakeland should never have a round body like a Welsh.

The breed made good progress until World War II, but as was so often the case, war severely impacted the breed. Things improved after the war, and by 1950, Lakelands were doing great things in show rings without ever having lost their “gameness.”

The Lakeland Terrier was officially recognized by the AKC in 1934, and is somewhat uncommon in the United States. Sadly, it’s among the breeds listed as “vulnerable” in its country of origin.

We conclude with a photo that suggests that most of the time, a Lakie can get through an obstacle at will. But not always… 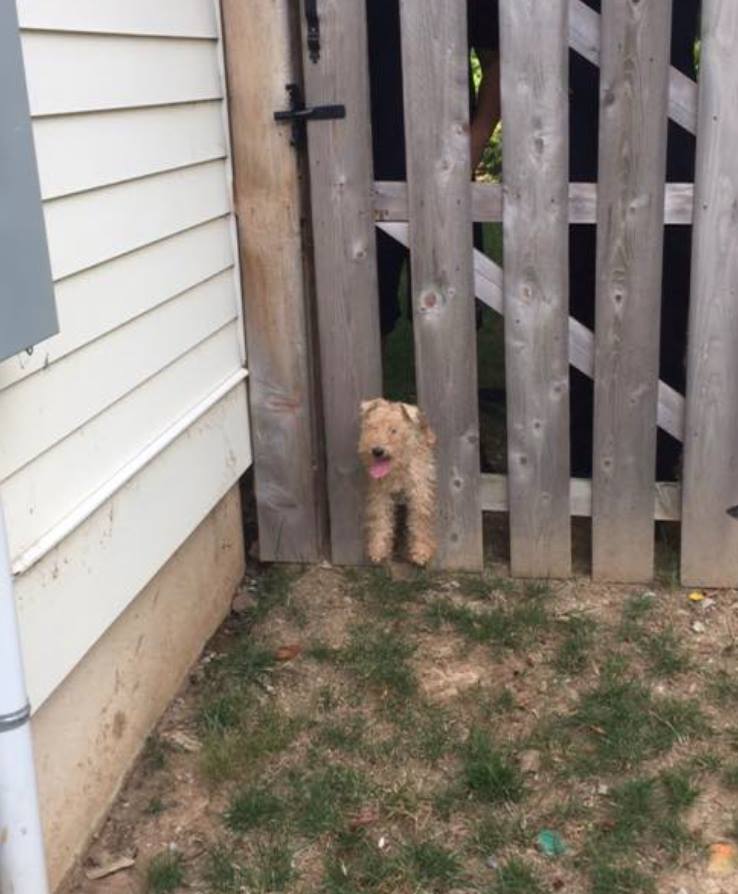 Images: Black and white vintage photo found on Pinterest and happily credited upon receipt of information – it’s “thought” to be of a Mr. Meageen with two young Lakeland Terriers.  Lakeland Terrier on table courtesy of Kathleen McIndoe. Photos of  “Cookie” provided by Patty Brill Harbison

4 thoughts on “A Snippet of Lakeland Terrier History”