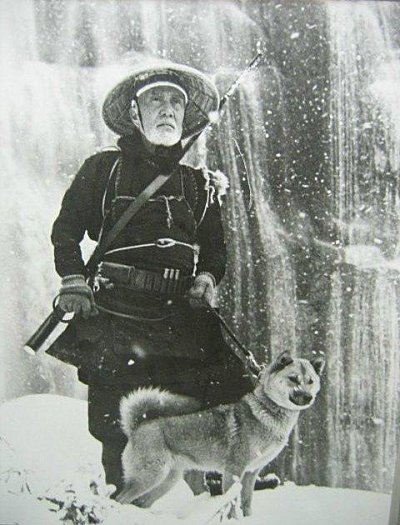 The Shiba Inu is not just the smallest of Japan’s six original and distinct spitz breeds, it’s the oldest, and DNA tests have confirmed it.  Excavations dating from around 7,000 B.C. have also confirmed the presence of small dogs in Japan at that time, and primitive drawings dating to 300 BC depict Shiba Inu-like dogs chasing wild prey.

Some cynologists believe that ancestors of the Shiba Inu were owned by the Jomonjin, or Rope-Pattern People, so named for the distinctive earthenware they made, but due to the antiquity of the Shiba Inu, it’s impossible to say for sure.  Also in dispute is whether the breed arrived in Japan from northern Asia or Korea, but most experts agree that the Shiba Inu descended from dogs that accompanied people who arrived in the first or second major migration to Japan; this means that the Shiba Inu has been present in Japan between 2,300 and 10,000 years, making it one of the oldest of all dog breeds. According to National Geographic, Shibas are also the breed most genetically similar to wolves, further suggesting that it’s among the oldest domesticated dog breeds.

Outside influences had no impact on Japan for centuries because the country had closed itself off and effectively kept native dogs relatively pure and unchanged.  This changed in 1854 when American naval officer, Admiral Perry, arrived with gunships and forced Japan to reenter the global community.  Foreigners started to export other breeds to Japan, and like anything novel, Japanese enthusiasts enjoyed the new breeds at the expense of their own native breeds. The original Shiba Inu began to become diluted from cross breeding, if not lack of interest. Rural regions still maintained the integrity of the breed as these areas had less access to foreign dogs.

Inu, of course,  is the Japanese word for dog, but where the word, “Shiba” came from is still being debated. Shiba is the Japanese word for brushwood, a red colored vegetation common in the areas where the Shiba hunted, often by Samurai during the period of the Kamakura Shogunate (1190 – 1603).  It’s also been suggested that “Shiba” may have meant “small” in an obsolete dialect, and that the breed was were named for its smaller size.  Whatever its genesis,  the name,  “Shiba Inu”  was officially coined in Japan in the 1920’s.

Things were looking grim for the breed in those days, but a number of Japanese dog fanciers acted to save their breeds from extinction.  In 1928, Nihon Ken Hozonkai, better known as NIPPO (the Association for the Preservation of the Japanese Dog) was founded by Dr. Hiroyo Saito. In the years leading up to WWII, national pride became very strong in Japan, three years after its founding,  NIPPO successfully campaigned the Japanese government to designate the Akita Inu as a Japanese National Monument.  In 1936,  NIPPO was successful in getting the Shiba Inu declared a Japanese National Monument, as well.

Tragically, many Shiba Inu died during World War II in bombing raids, and those that didn’t fell to distemper in the post-war years. After the war, breeding programs were re-established using Shiba Inu that had survived in remote rural areas.  The remnants of the various bloodlines were combined to produce the breed as we know it today.

To our knowledge, the first Shiba Inu known to be imported to the United States came with a military family returning from Japan in 1954, and the first known American-born Shiba Inu litter was whelped in 1979. Many people consider that year as the  year the breed became established in America, but it wasn’t until 1992 that the breed gained full AKC recognition.The United Kennel Club (UKC) granted full recognition the same year, but dropped “Inu” from the name giving the breed the official name of Shiba.