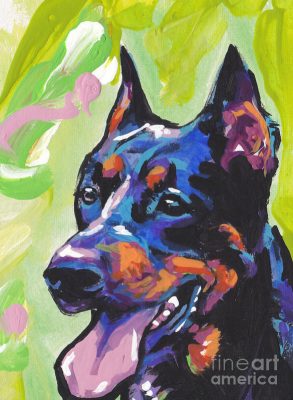 It was in a Renaissance manuscript from 1578 written by the French naturalist, M.Buffon, that the earliest record of a dog believed to be the dog we know as the Beauceron is mentioned. This “race” is believed to have descended from a canine that paleontologists call the “Chien des Tourbieres” from the French Jura.

Is this breed old, then?

Sometimes called the Berger de Beauce, or “Bas Rouge” (red stocking,) the Beauceron was included in the first French Canine Exposition held in Paris in 1863 by the Imperial Society of Acclimation.  The Societe Central Canine that was founded in 1882 was registered in the Livres Origines Francais, the first ‘Berger de Beauce’ in September 1893. A dog named,  Bergere de la Chapelle, born in 1891 obtained the title of Champion of Beauty.

In the 1960s, the Ministry for Agriculture required the SCC to create a confirmation examination for the Beauceron to help protect the historical qualities of France’s sheepdogs. The last modification to the French standard for the Beauceron was in 2006, and has been applied since November 9th, 2006. This is only the sixth time the standard has changed in 100 years, and that’s impressive.

Image: “My Beau” by Lea S. is available as fine art, and in home decor and lifestyle items here.