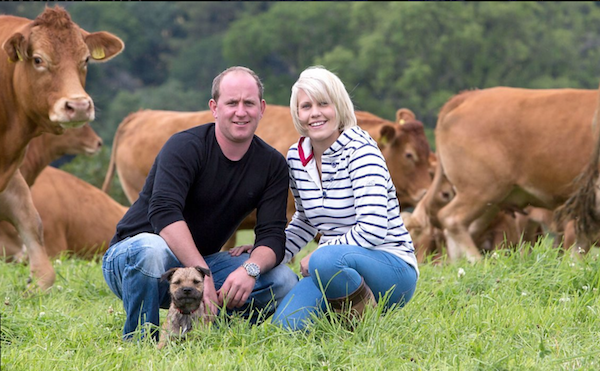 While we’ve been absorbed with watching the British series, This Farming Life,” it seems that others have been equally riveted with the NatGeo program, The Incredible Dr. Pol.  This is why our colleagues at the 2020 Westminster Kennel Club Dog Show were gobsmacked that we had no idea who Dr. Pol was when they excitedly told us of having had a Dr. Pol sighting at the dog show.

We looked into it, and as far as we can tell, there are strong similarities between the two programs.  Dr. Pol, a 77 year old veterinarian, and his staff handle day-to-day issues of the animals in their community of rural Weidman, Michigan. This Farming Life follows five different crofters and livestock farmers in some of Scotland’s most remote areas. Both programs deal with life and death issues, the successes and failures of their practices, and the reality of life as a veterinarian or farmer reliant on his sheep and cattle.

In the course of learning more about Dr. Pol, we discovered that he is a purebred dog owner whose current canine family members are Great Danes (his favorite breed), a Newfoundland named Annie, and Killian, a Saint Bernard (their total weight is 500 pounds!)  You can get a glimpse of them in the video below:

People magazine recently reported on Dr. Pol’s first visit to Westminster in an article you can read here.  Happily, Dr. Pol’s pronouncement of the experience was “fantastic!” 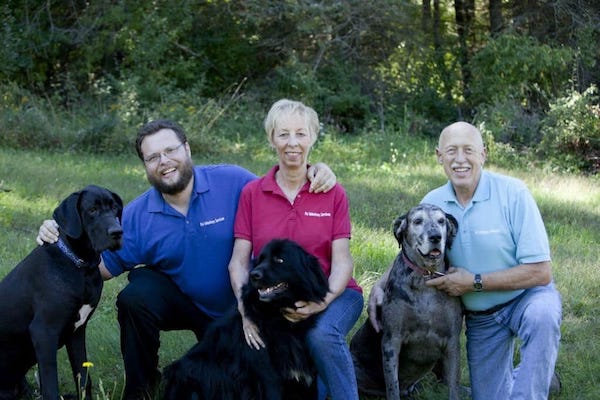 We should mention that evidently, Dr. Pol has not been without controversy. The veterinarian has faced charges of negligence and incompetence since his show first aired, but as we’ve not actually watched the show, we leave it to others to determine if the charges were warranted.

As for This Farming Life, there are interesting breeds of sheep and cattle in the first season (and lots of Border Collies in the second), but the dog that caught our eye in that first season was the Border Terrier who showed up in every episode in which Mel and Martin Irvine appeared. The dog rode every manner of farm equipment, was on hand to watch lambing and calving, and was every bit the all around farm dog its breed is historically.

Photos found on Pinterest and happily credited upon receipt of information