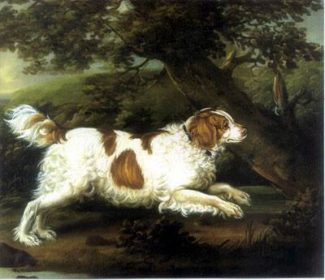 It’s the breed William Shakespeare referred to in Macbeth, and he described it as a curly-haired version of the Springer Spaniel, but with more leg length than most land spaniels. It also had some traits of Poodle, Collie, and setter, as well.

“It” was the English Water Spaniel is believed to have genetically influenced the American Water Spaniel, Curly Coated Retriever and the modern variety of Field Spaniel, but the last known EWS specimen was seen in the 1930s. Extinction is a fate that could await many of our current breeds.