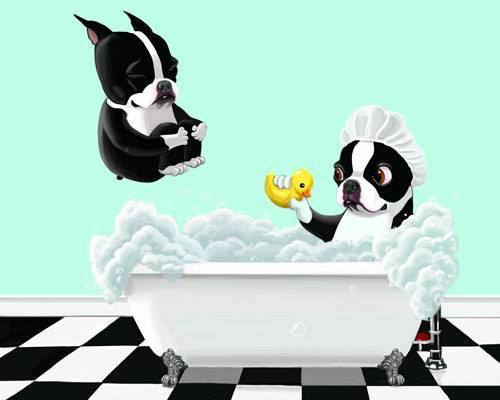 We also have it on good authority that the breed  likes to have fun which makes this giclee based on an original by Brian Rubenacker not far from the truth.
https://www.etsy.com/shop/rubenacker