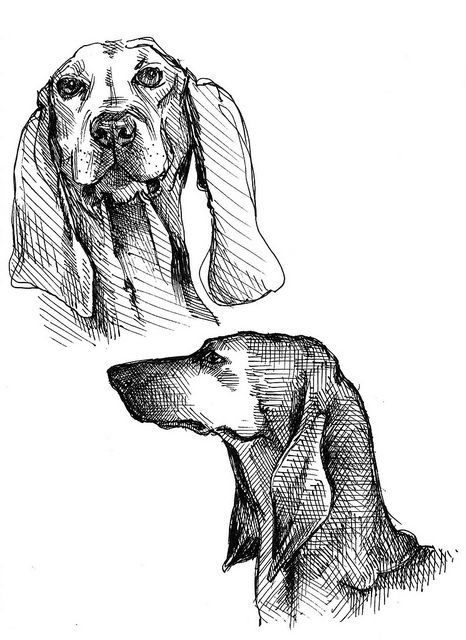 She was born on the on the island of Delos, and was a tom girl from the time she could walk. She loved animals and the wilderness in which they were found, though oddly enough, she also was fond of hunting, a popular activity where she lived.  Though she never had children of her own, she was very fond of them, and often took pregnant women under her wing.  Everyone liked Diana, and some went so far as to treat her as if she was a goddess.

In Roman mythology, Diana was the daughter of Jupiter and Latona, and the twin of the god of light, Apollo.  She was the goddess of Hunting, a goddess of fertility, and a protector of young children. Artists have portrayed her on canvas and with stone, and almost always, she is in the company of a dog. 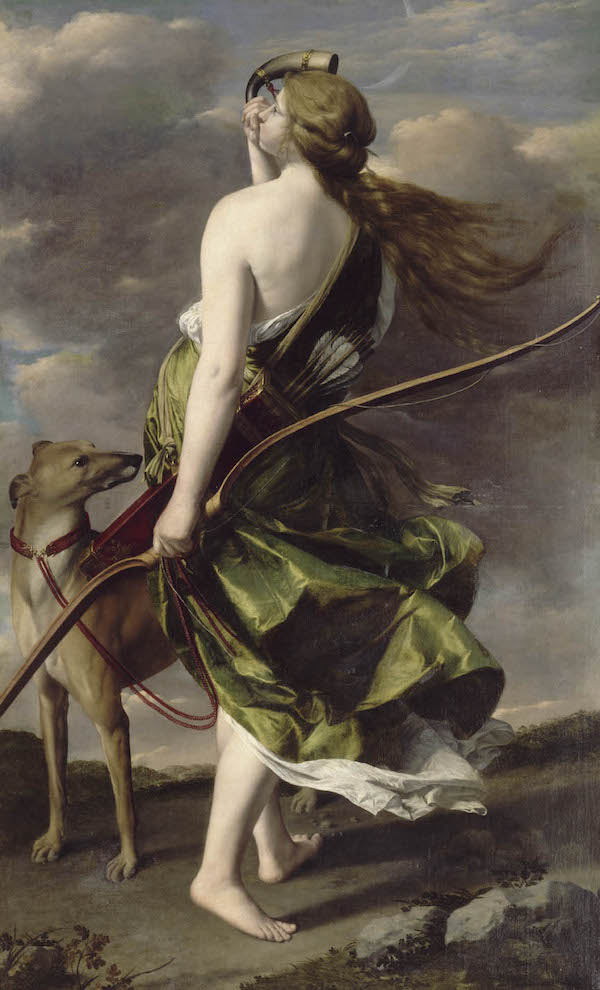 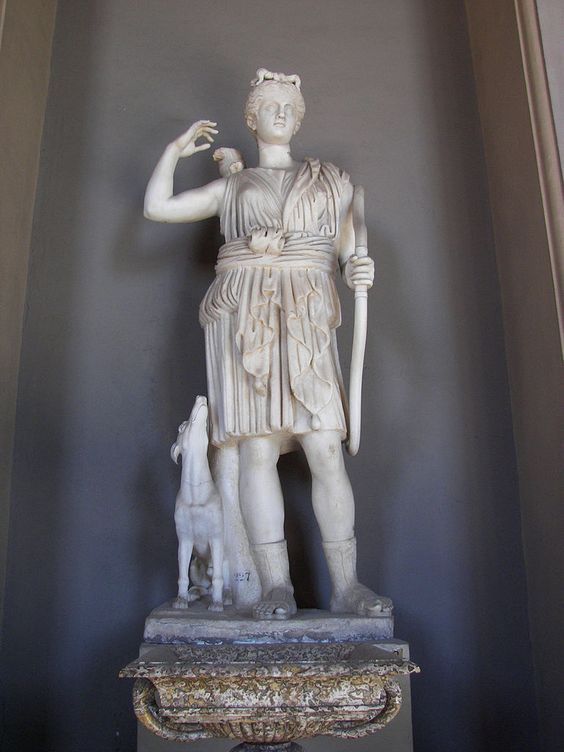 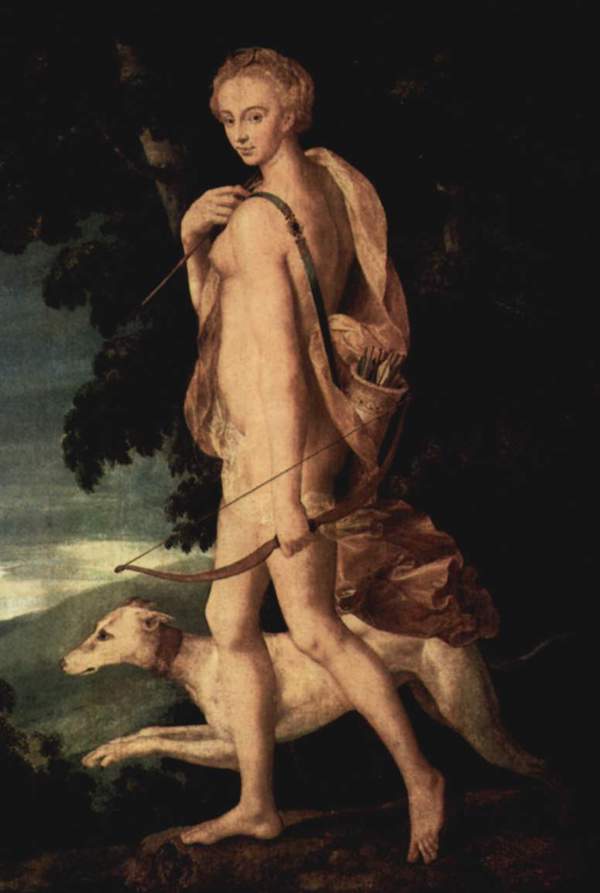 Diane the Huntress by Luca Penni

It is largely held that the dog always seen with Diana is a Segugio Italiano, and although Diana was a mythical figure, the Segit (pronounced: see get) is most certainly not. The scenthound dates back to Italy’s pre-Roman era, a breed likely descended from the ancestors of ancient Egyptian scenthounds.

How remarkable that so ancient a breed is still with us today! In 2009, the Italian Kennel Club registered 4,500 specimens of the shorthaired variety, and 1,740 of the wirehaired variety making the Segit one of the top ten breeds in Italy. This isn’t to say that the breed didn’t encounter troubles. In the nineteenth century, demand for the Segit decreased as the “grand hunts” favored by Italian nobility fell out of favor. The Segugio Italiano lost popularity and was near extinction by the late 1800s.

To the rescue were breeders who began successful efforts to resurrect the Segugio Italiano in the 1930s. Fast forward to the 21st century, and the Segit is now one of Italy’s most popular hunting dogs with an enthusiastic following in other parts of Europe. The breed is valued by hunters because of its speed and ability to track over rough mountain terrain. Strong legs, tremendous endurance, and keen sighting and scenting skills, along with two coat varieties make a complete package.

There is even a Segugista’s prayer:

Be praised, O Lord,
for having created me and given an intelligence
to understand the beauty
of this creation of yours.
Forgive me if I have sometimes sacrificed some of these creatures to my passion, it is the fulfillment of a ritual that remains of the primordial instinct,
when You granted man
mastery over animals.
Their sacrifice however makes me understand
your generosity and my misery, it
offers me respect for your goods
and the limits of my rights.
And finally,
oh Lord, grant me to be faithful to You
with the same generosity with which
my auxiliary is faithful to me.
So be it!

The Segugio Italiano Club of America recently announced that as of March 1, the club has a breed standard. In essence, it is the FCI standard with two minor variations having to do with the base of the tail’s thickness (it remains thick so that it may be used as a rudder for mobility), and the allowance of a wider variety of colors.