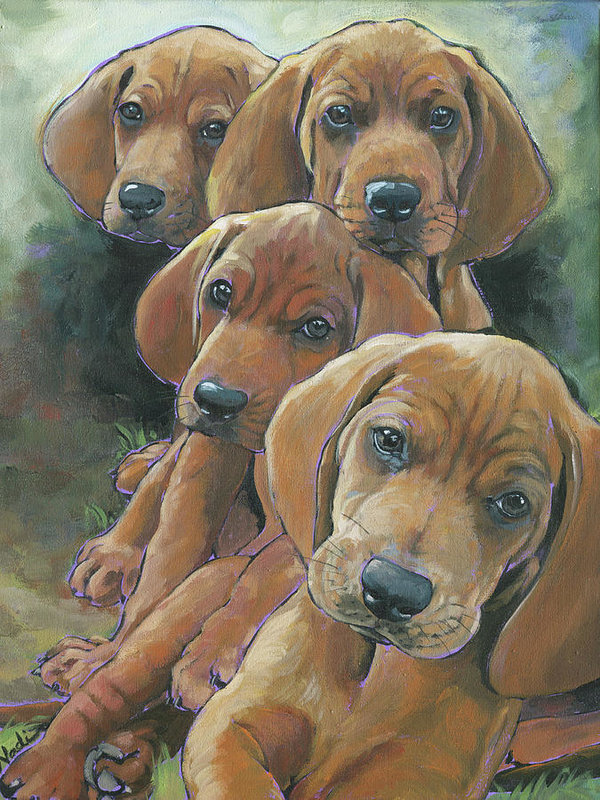 Scroll down a bit for a tune that sets the mood for this post:

You’ve just heard the incomparable Leon Redbone whose name wasn’t always Leon Redbone. Born to Armenian parents in Cyprus who named him Dickran Gobalian, Dickran later changed his name under the Ontario Change of Name Act in the mid 60s. He would go on to have a successful career as a fixture in various television advertising campaigns, frequent television appearances, and a vocal cameo as a singing snowman in the 2003 movie, “Elf.”  Sadly, the world lost that unique voice forever in 2019 following complications from dementia.

Let’s start at the beginning.

The “recipe” to “make” a Redbone started with a Foxhound base. In time, a “skosh” of red-colored foxhounds popular in Scotland was added by Scottish immigrants settling in Georgia. Added to the mix were Irish Foxhounds and Bloodhound lines, and one might reasonably surmise that any of the aforementioned could have added the black streak found on the dogs’ back in the breed’s early days. Since it was typically in the shape of a saddle, these dogs were called Saddlebacks. Years of selective breeding eliminated the black saddle and fixed the notable color that the AKC describes as having “an overall impression that a master sculptor carved them from blocks of the finest mahogany.” In a surprise twist, however, the Redbone Coonhound didn’t arrive at its current name because of its color.

Enter Peter Redbone.  An early breeder of the dogs, Peter Redbone became so associated with the red hounds that raccoon hunters began calling any coonhound with a red coat a Redbone (though according to one source, the name”Redbone” once referred to any red dog with the ability to track and tree raccoons). By the end of the 19th century, the Redbone Coonhound was a well-established breed, in no small part because of Redbone’s contemporaries, George Birdsong of Georgia, and Dr. Thomas Henry who further developed the breed to be faster than other coonhounds. Indeed, it’s said that nearly all Redbone pedigrees can be traced back to Birdsong’s stock.

A lot of us read (and sobbed) over the book, Where the Red Fern Grows;  now we know a little bit more about the history behind Old Dan and Little Ann.