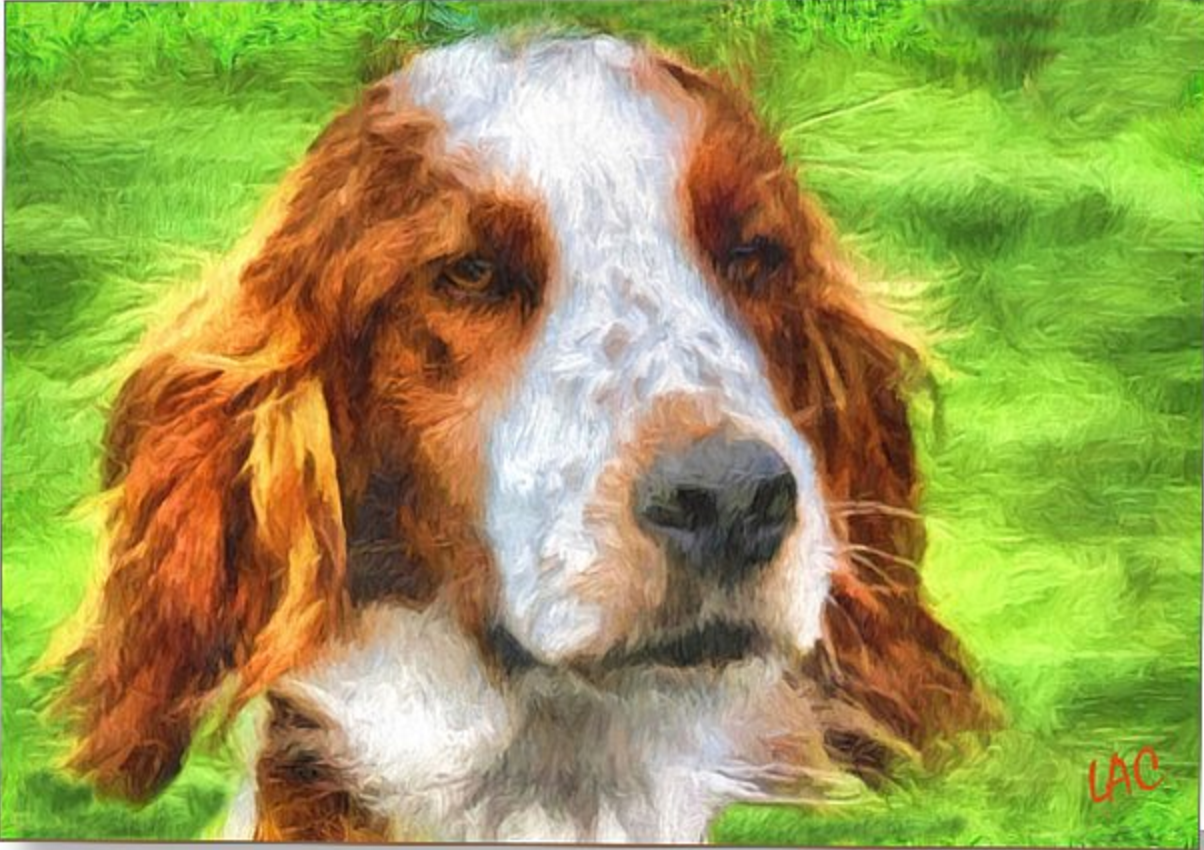 Most authorities are in agreement that all red setters came from breeding white and red dogs the Irish called “An Sotar Rua agus Bán,” dogs that had increasing amounts of red. This means the Irish Red and White Setter predates the Irish Setter. Between the 1920s and the 1950s, the only breeding of these magnificent dogs occurred in Ireland, and even that was on a limited basis. The red and white breed once so popular with sportsmen fell out of favor as the all-red dogs established themselves in greater numbers. Eventually, the reds became the dominant variety, and in the mid 19th century, the flashy all red Setter took the world by storm from greater exposure at conformation shows.  By the late 1800s, it was nearly impossible to find a white and red setter in the show ring.