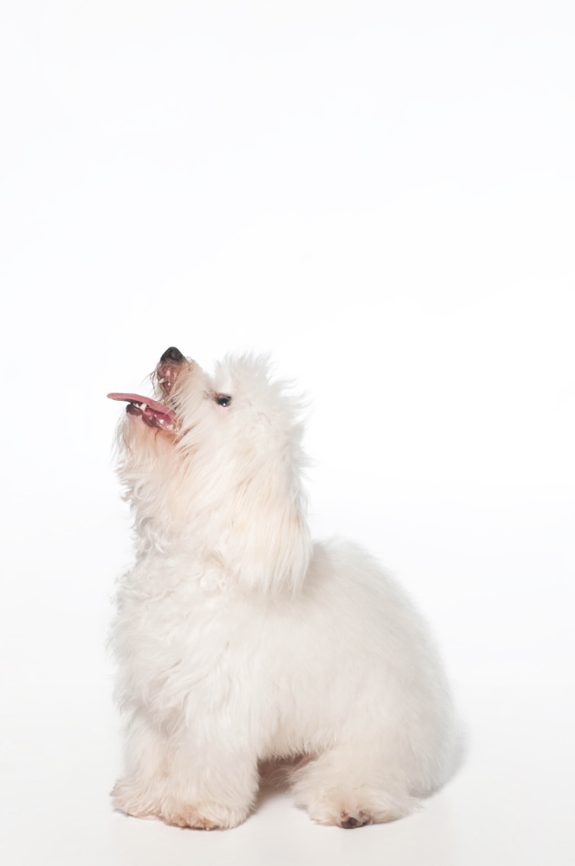 The famous cotton-like texture of a Coton de Tulear’s coat is highly unusual, and studies suggest that the coat may be the result of a single gene mutation when the breed was first developed. As of 2020, however, further research was still needed to determine what gene mutation resulted in the breed having such a remarkably soft, cotton-like coat.

When it comes to color, the intensity the of coat color gene variant causes an extreme dilution of phaeomelanin (red or yellow pigment), resulting in a cream to white coat in dogs. Indeed, the Coton de Tulear breed standards with the AKC, FCI, United Kennel Club, Canadian Kennel Club, and Australia (which follows the FCI standard) all stipulate that the breed color is white.

Some slight shadings of light grey or light tan are permitted on the ears, but they aren’t desirable. The exception are the ears which aren’t considered when applying the excess of 5% color to the body as a serious fault. Ultimately, when all other aspects are equal among dogs in a conformation ring, a judge should give preference to the dog whose coat has the most amount of white. Any color, except 5 percent of light tan showing up in one area of the coat or scattered throughout it, is a severe fault in a Coton over 12 months of age.

All this said, we were curious to learn that Cotons can show up in three color varieties: White, Black 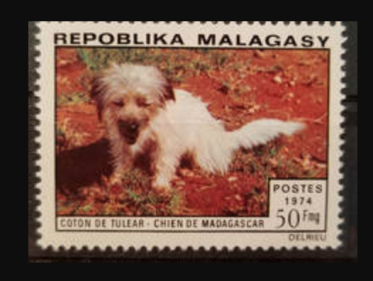 With regards to the Tri-Color, color may be seen in either topcoat or undercoat hair – or both. A tri-color is born with white, brown, and black patches, but most tris have a diluting gene that fades the color from the root out within days of whelping, a process that can take 18 months. Tri-color Cotons, however,  are always identifiable as Tri-colors, even when they’re seniors, and especially when they are wet. Patches of cream, tan or biscuit stay, as does a dusting of black guard hairs.

It should be stated again, however, the major registries around the word do not support a color other than white, but some maintain that while an overall white dog is the goal, retaining dilute genes preserves the genetic diversity of the breed.

Anyone considering a Coton de Tulear (pronounced coe-TAWN day TULE-ee-r) should be aware of colors in the breed when looking for a puppy, and that showing an adult tri-color will be very difficult under major registries and kennel Clubs.