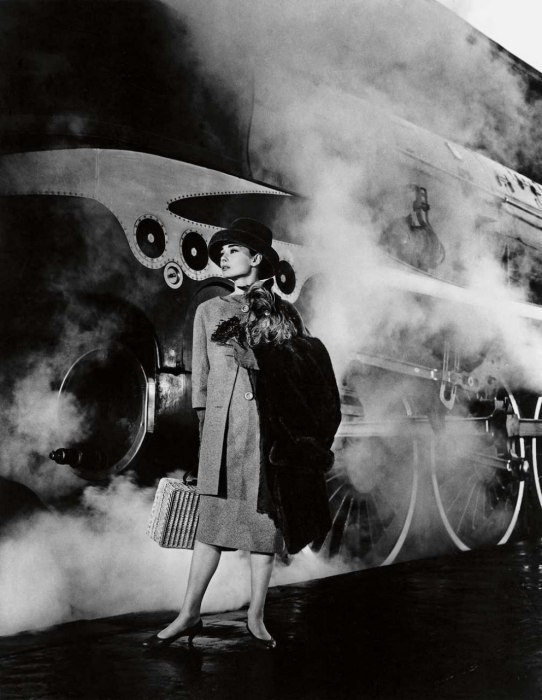 It’s not unheard of in Hollywood for a dog to appear with his or her owner on screen,  Sylvester Stallone’s Bullmastiff, “Butkus,” playing his dog in, “Rocky” coming to mind.

Audrey Hepburn’s Yorkshire Terrier, “Mr. Famous,” had a “cameo” in the movie, “Funny Face,” a film that is said to have inspired more people to became fashion designers after seeing it than any other film (give Givenchy credit for the extraordinary wardrobe he created for Hepburn). The Yorkie appeared as the dog in the basket in the scene now referred to as the “Anna Karenina” train shot.  Hepburn adored “Mr. Famous,” and he also appeared with her on magazine’s covers. It’s said that Audrey Hepburn should be credited for introducing the Yorkshire Terrier to the world of celebrities.

Sadly, Mr. Famous was hit by a car and killed on Wilshire Boulevard during the shoot of another Hepburn movie, The Children’s Hour.  After his death, Mel Ferrer gave Hepburn another Yorkie named, “Assam of Assam.”