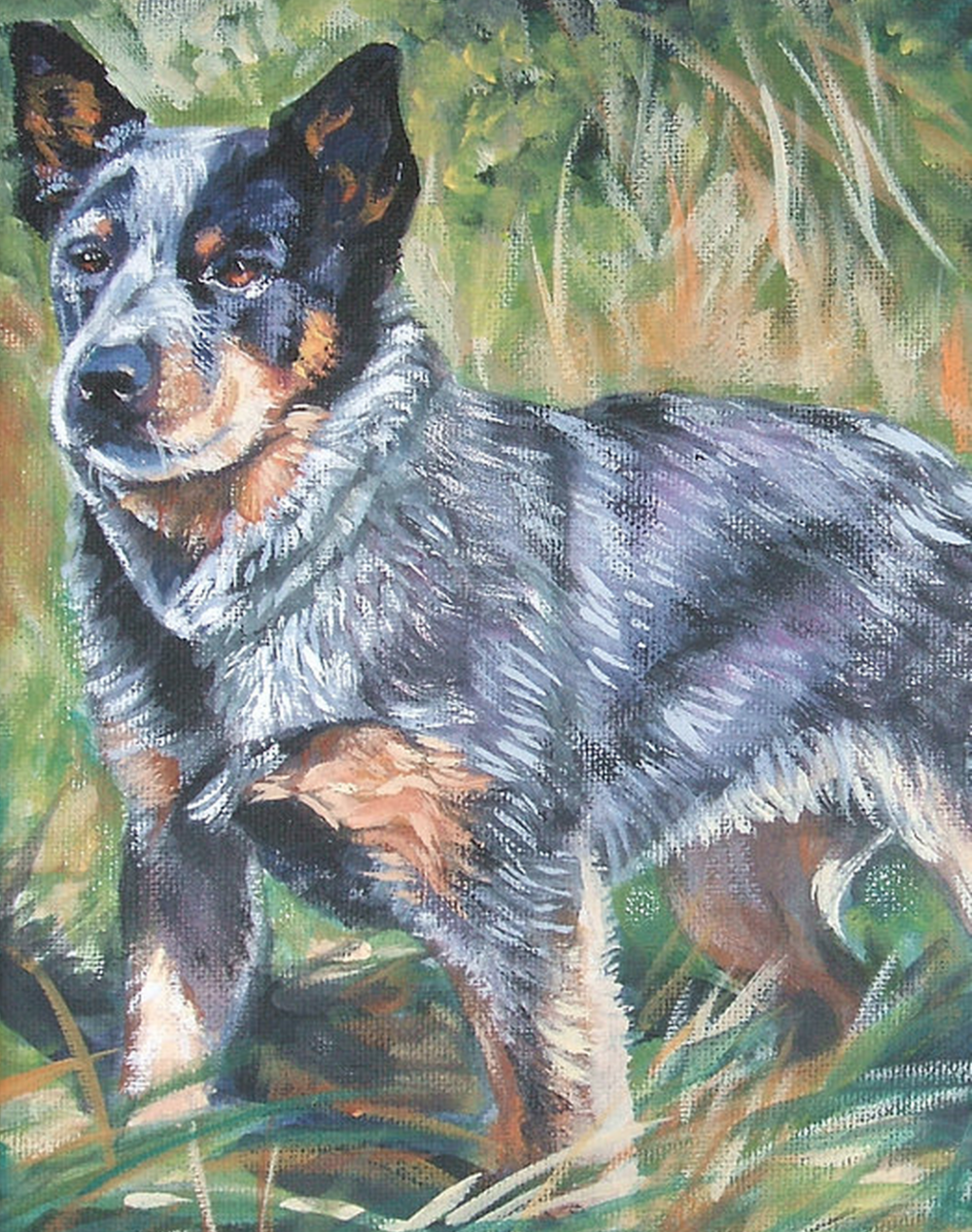 It is no small thing to provide a brief synopsis of the Australian Cattle Dog’s history, for it is rich, and a little complicated. We always defer to the breed experts, so if we get something wrong here, by all means, ACD owners, help us set the record straight.

It was the early days of Australia when people from Great Britain (ranchers among them) began to emigrate to the country. Handling the livestock brought by these early settlers required dogs, and sheepdogs known as “Smithfields” (named after the meat markets of London) were brought along. While these dogs were effective in the British Isles, rounding up cattle in the wild and wooly Australian outback was a different proposition. Ranchers quickly discovered that they needed a far more rugged dog with less coat, less body, less barking, and a lot more stamina. The first effort to “build a better mousetrap” was a cross between native Dingos and the Smithfield dogs, but while the resulting new dogs (known as “Timmin’s biters” for the man who bred them) were quiet enough, they were also biters (hence, the name Timmin’s biters) that couldn’t be trusted not to nibble on the very stock with which they were entrusted.

“Round Two” were crosses between Dingos and Rough Collies. These new crosses didn’t bite, but they barked. A lot. They barked so much that the cattle were driven into a state of agitation, and by the time the cows got to market, they were several pounds lighter, and worth less. Next came “Hall’s Heelers,” the offspring of Dingoes and imported Highland collies more similar to today’s Border Collies (though some sources say these collies were Beardies). Hall’s Heelers provided some gains in that they were silent, and merely nipped at a cow’s heel (hence, the term, “heeler”) before flattening themselves to the ground to avoid a powerful kick. These breedings stopped in 1870, however, when Thomas Hall died.

Tom Bentley came along, and using a dog said to be a pure strain of Hall’s dogs, created a new version that turned out to be an incredible worker. Called, “Bentley’s Dog,” it is to this dog that the white marking seen on the forehead of some ACDs today (and known as “Bentley Mark”) is attributed.

By now, word had spread of “Hall’s Heelers” (which were also called “Queensland Heelers” and “Blue Heelers”), and sometime in the early 1870’s, Bull Terrier blood was introduced to Hall’s dogs to add tenacity. It wasn’t a good idea. These dogs tended to grip cattle, but not let go, and the notion soon faded away. Next up was the breeding of a Halls Heeler female to an imported Dalmatian, the idea being that a love of horses wouldn’t be a bad thing. The cross was somewhat successful, but the dogs had lost some of their working ability. The Bagust brothers, who had introduced the Dalmatian, now decided to add Black and Tan Kelpie blood to the heelers, and this cross seemed to set breed type. These dogs are believed to be the forbearers of today’s Australian Cattle Dog.

Robert Kaleski was among those who continued breeding “Queensland Heelers.” In 1902, he drew up the first breed standard for the new cattle dog which he based on the Dingo type because Dingos were so ideally suited for Australia. The breed eventually became known as the Australian Cattle Dog which Kaleski continued to protect until he died in 1961. The breed was fully recognized by the AKC in 1980.