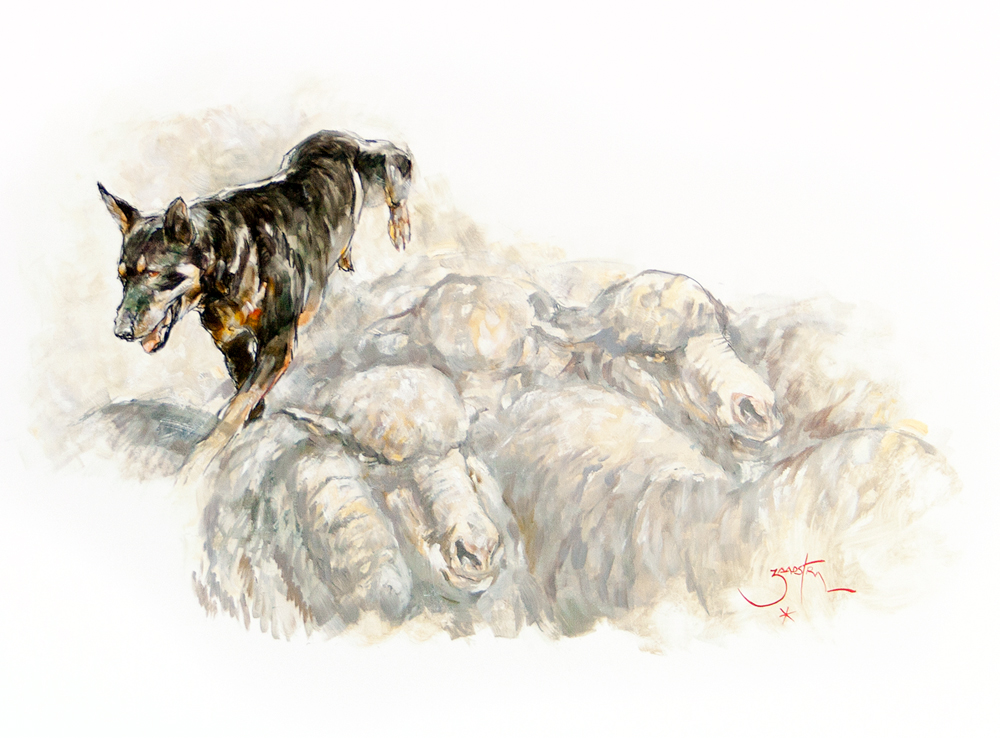 Kelpies are not wimpy!

But we get ahead of ourselves.

The Australian Kelpie originated around 1870, probably a descendent of the English Shepherd, and British and Scottish “working Collies,” and some narrow it down to the North Country strain of working collies. These dogs played a major role in the development of the sheep and wool industry in Australia, but they are no stranger to North America, having been brought here to work livestock after the turn of the century.

As working style goes, the Kelpie is similar to the Border Collie in its work ethic, use of “eye,” and stock intensity. Kelpies can be tough in temperament for the owner who doesn’t understand that these are independent thinking dogs, and not robots. Their natural instinct is to work the stock at a faster pace, and they are “close” workers, meaning they tend to have more direct contact with the stock.  They tend not to have a wide outrun like a Border Collie, but Kelpies can control rougher stock than some breeds with what seems to be an otherworldly innate power. An illustration of this is one unique aspect of the Kelpie’s work style. They “back” sheep into stock pens and loading chutes, or put another way, will run over the backs of tightly packed sheep to the front animals and push them up the chute or to the gate. Kelpies are not woosies.