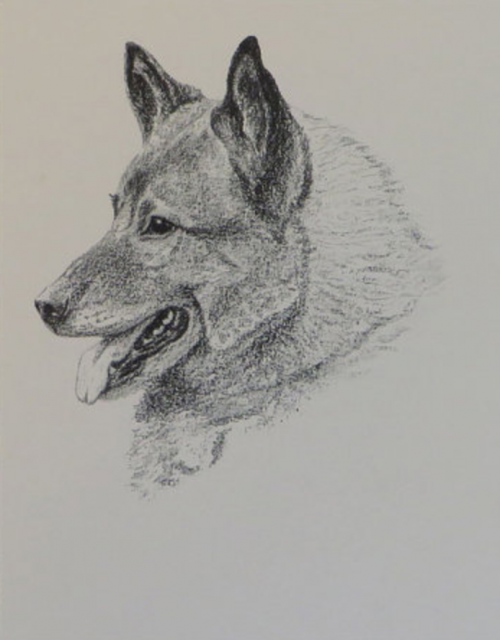 Finnish Spitzes aren’t unique in how they hunt, but precious few other breeds hunt like them, and collectively, these dogs are called “bark pointers.” Only “Finkies,” Norwegian Elkhounds, and a few similar Spitz breeds hunt in such a unique fashion: “Bark pointers” run ahead of a hunter until they find a bird (in Finland, it’s usually a black grouse, or a large game bird called the Capercaille).  The bird is followed until it settles in a tree, and that’s when the dog runs back and forth under the tree to get the bird’s attention, his tail wagging furiously the whole time. The bark pointer then begins to bark softly, and gradually gets louder and louder. Observers believe that the action lulls the bird into a false sense of security because the bird never notices the approach of the hunter, distracted as it is by the dog. If the bird flies off before the hunter reaches it, the dog stops barking and follows it until it lands, then starts the process over again. This is why these dogs are called “bark pointers.”