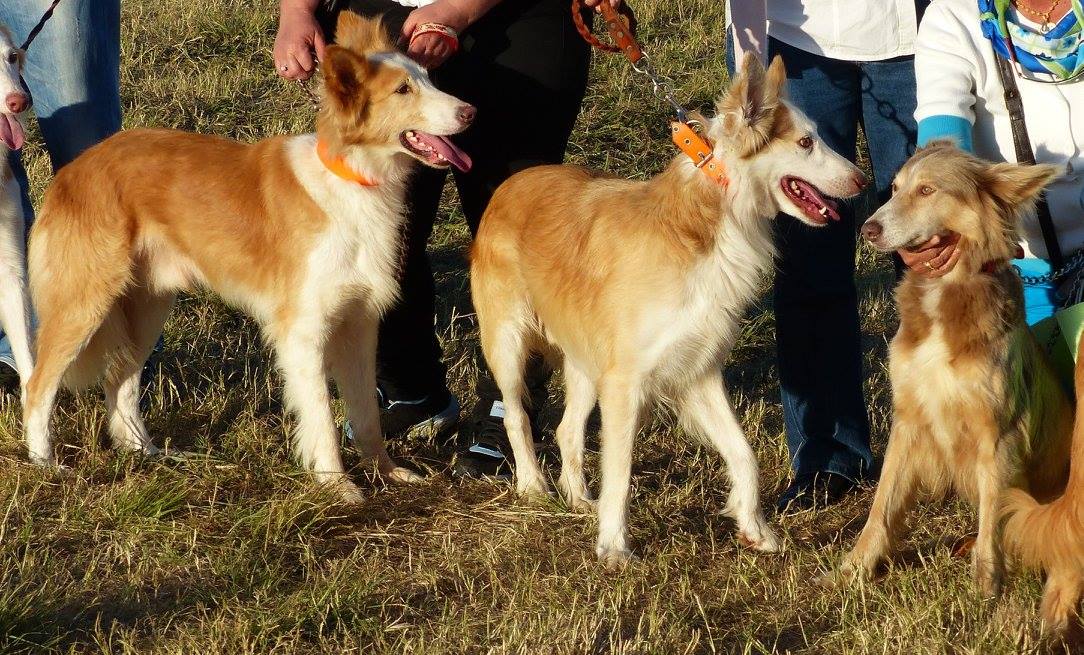 The picture you see is of dogs known as the Barrocal Algarvio, a breed unique to the southernmost region of mainland Portugal.
Specialists believe the Barrocal Algarvio was introduced during the region’s Arab occupation when all breeds of dog were considered impure, with the exception of the Saluki which was seen as a gift from Allah.
Barrocals are natural hunters, particularly for rabbits, but they were almost wiped out in the 1960s. Moves in earnest to protect the dogs began some 15 years ago when it was thought that there were only 20-30 dogs left. With the sponsorship of the Algarve Hunters Federation and its president, a collection of blood samples of existing specimens for DNA analysis was taken in 2008 to prove the genetic homogeneity of the group of animals, and to allow comparison with other breeds.
Today, there are over 1,500 dogs, and it looks like the breed may become an officially recognized Portuguese breed by Portugal’s veterinary authority.
The Barrocal’s distinguishing features are its almond-shaped eyes, pointy ears, short coat, longer fur on the tail, a sickle, or “scorpion-tail” shaped tail, and long fringing around the paws. Breed temperament is described as full of energy but sweet-natured, and ideal as a pet or as a hunting dog.