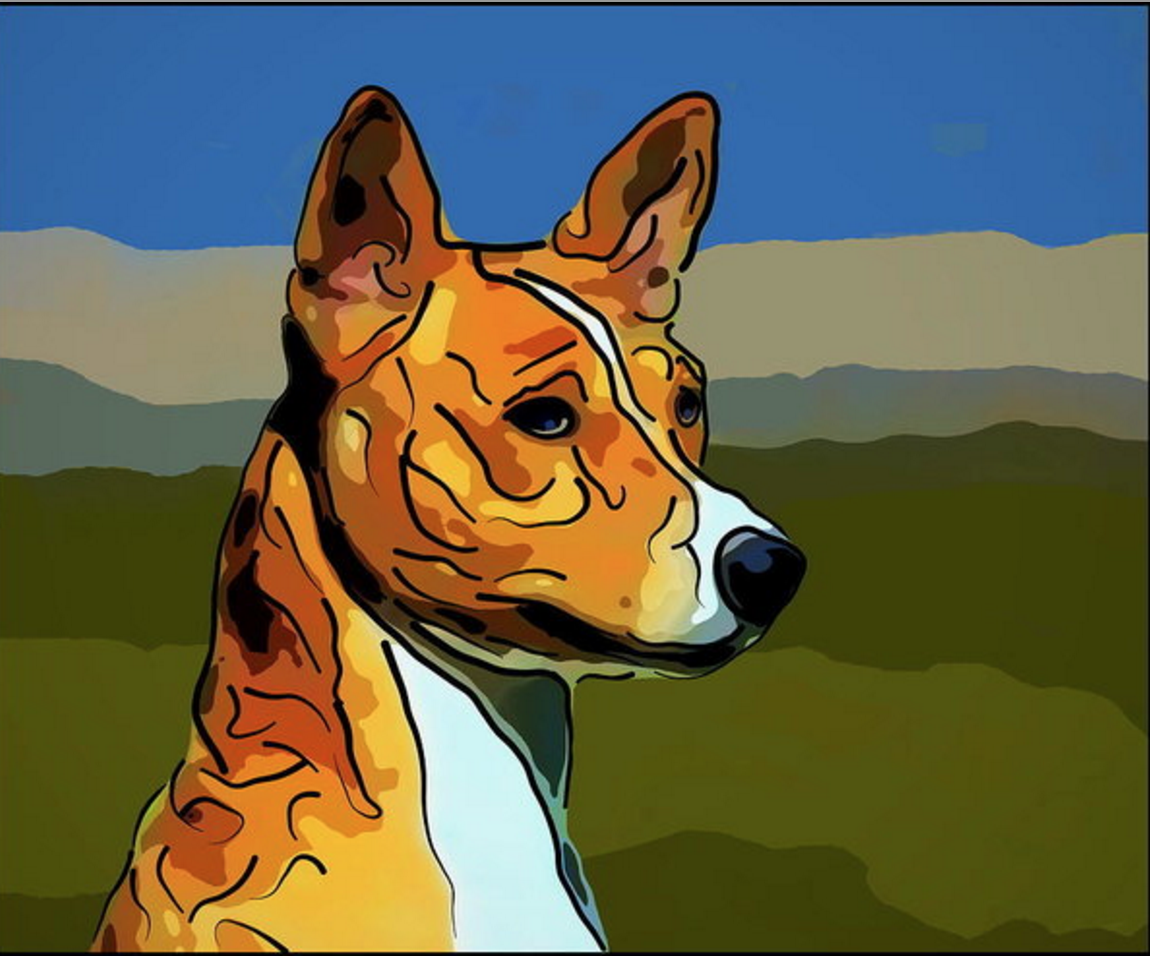 Once upon an ancient time, there was a dog named “Rukuba” who lived near the god, Nyamuriri.  On the occasion that Mikhango, a man of the Nyanga people, went looking for honey, he came upon the hut and the dog. Now Nyamuriri kept fire in his hut, something that Mikhango had never seen before, and he asked the dog if he might have some.  Since Nyamuriri wasn’t around to object, Rukuba, being a Basenji who felt that friendship was a fine thing, gave fire to the man. When the god returned and demanded to know where his fire went, he was none too pleased with Rukuba’s excuse that he’d fallen asleep and didn’t know. Certain that the dog had squandered away the fire, Nyamuriri sent him away.

What was a dog to do?

Rukuba sought out Nyanga who welcomed the Basenji. Together, they hunted boar, and because Rukuba was so fast and fleet footed, he made a little bell to wear around his neck so Nyanga would know where he was. Rukuba proved to be such a helpful hunter that Nygana could not help but boast of the dog’s prowess. The high praise reached the ears of the village headman who decided to use Rukuba as a messenger (seeing as how the dog could speak). Lying near the fire he’d given to the man, Rukuba thought of the quality of his life if everyone used him as a messenger. It was clear to him that he would forever be running errands and delivering messages, and that was no life. If he couldn’t speak, he couldn’t be a messenger, and in that moment, the Basenji decided never to speak again. From that day to this, the Basenji has been barkless.

Basenji by Alexey Bazhan. This piece is available for purchase here.

4 thoughts on “Why the Basenji doesn’t Bark, Part I”