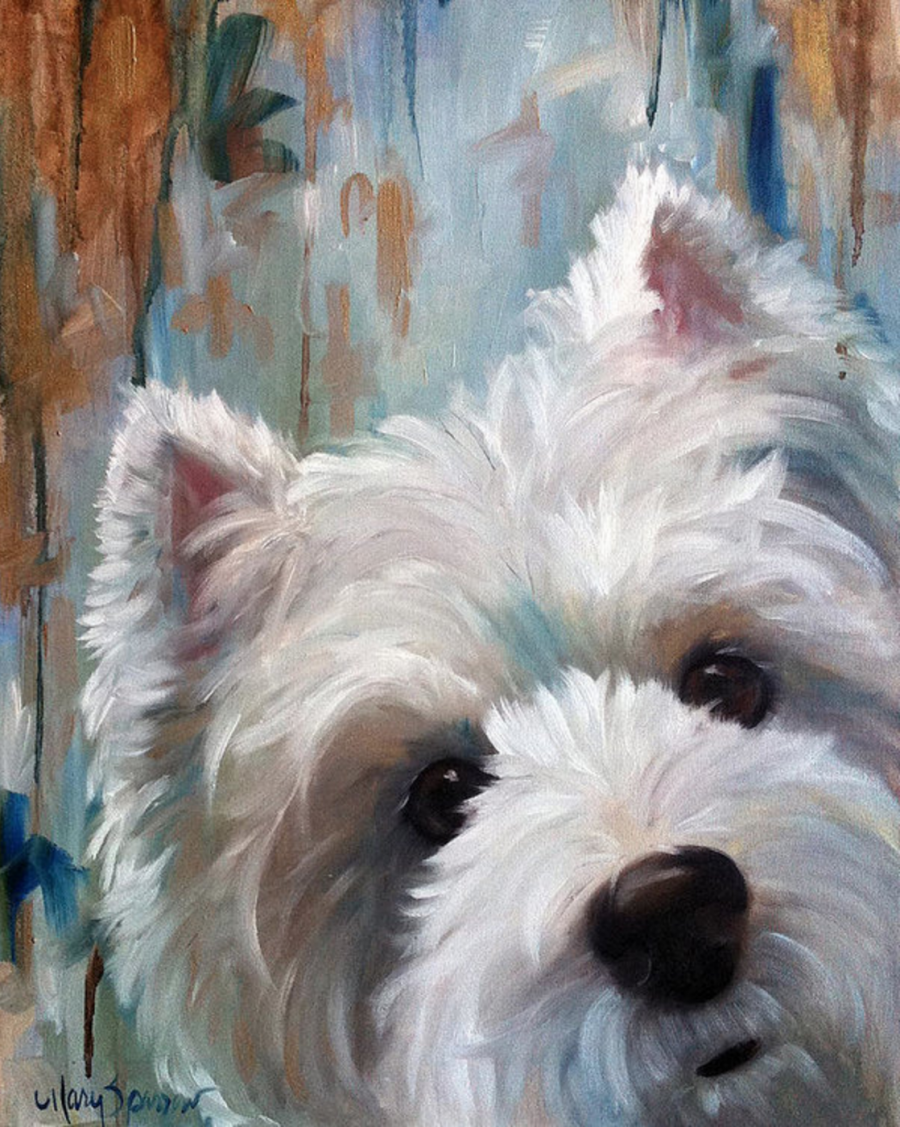 The existence of the insanely cute West Highland White Terrier, a close kin to the Cairn Terrier, is credited to the beat of a different drummer. While cream and white colored Cairns were being killed at birth (mostly because of superstition, according to Clifford Hubbard, in Dogs in Britain), the Malcolm family was doing just the opposite: They were breeding for the white terriers. They believed it was easier to see the white dog against the rocky crags and cairns of the Highlands while they hunted vermin than it was to spot dogs much the same color as the rocks.  By the time the rest of the world caught up to the marvels of the breed at dog shows, the Malcolms had been breeding Westies for a hundred years. In those days, the dogs were known as the Poltalloch Terrier, after Edward Donald Malcolm, the 16th Laird of Poltalloch, but Malcolm didn’t want to be known as the man who created the breed, and insisted that his white terriers be renamed.  As far as we know, “West Highland White Terrier” as a breed name first appeared in L.C.R. Cameron’s  Otters and Otter Hunting published in 1908.

2 thoughts on “The Poltalloch Terrier”