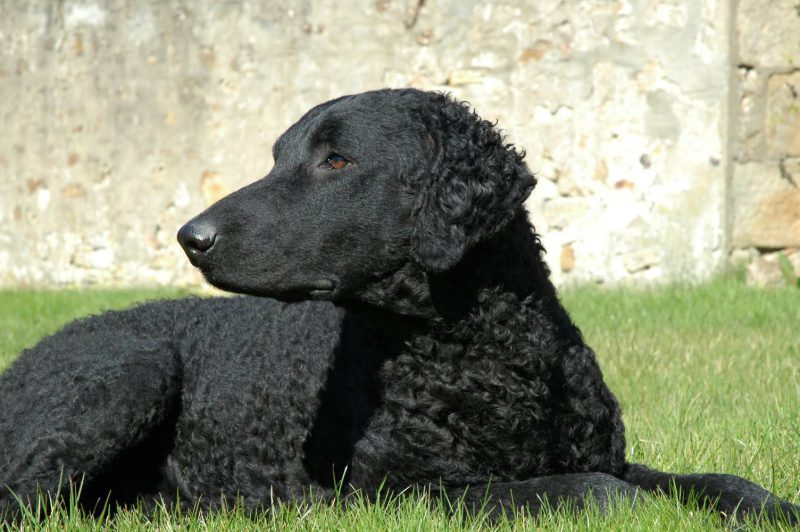 The Curly Coated is the tallest of all Retrievers, and with origins in sixteenth century England, it may be the oldest of all the retrievers, as well.  It was the first breed classified as a retriever and exhibited at a dog show, and of the curly coated breeds, is the only one named for its curly coat. Also differing from the more popular retrievers is that the Curly’s body structure is more muscular, its body slightly longer than tall, and it has a coat, but no undercoat.

Some breed historians have termed these dogs as the “blue collar” of retrievers because they seemed to be owned more by gamekeepers and poachers than the upper classes.  Perhaps the latter sneered at these retrievers as “meat dogs” that found birds left behind by other dogs.  A good thing can’t be kept a secret for long. A keen sense of humor, and a brain that never stops has made a great many fans of the Curly Coat.

3 thoughts on “The “Blue Collar” Retriever”