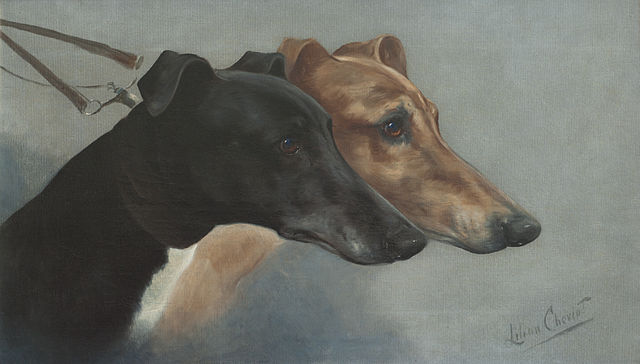 The Waterloo Cup was England’s premier 3-day coursing event run annually in Lancashire from 1836 to 2005 and was known as the ‘blue ribbon of the leash.’ The race, which attracted tens of thousands of spectators to watch and gamble, was originally supported by the patronage William Philip Molyneux, 2nd Earl of Sefton. It must have been a sight to see: Sixty four racing Greyhounds.

The event made a household name out of “Master McGrath” who won the Cup three times (1868, 1869 & 1871). Such was his fame that Queen Victoria commanded his appearance at Windsor Castle. He set the standard by which all subsequent Greyhounds would be judged. As they say, records are made to be broken, and Master McGrath’s was finally eclipsed by “Fullerton” who recorded four consecutive victories in the Waterloo Cup between 1889 and 1892.

The Waterloo Cup hasn’t occurred since 2005 because the Hunting Act of 2004 made hare coursing events illegal in England and Wales. The clip below was taken in 1922.