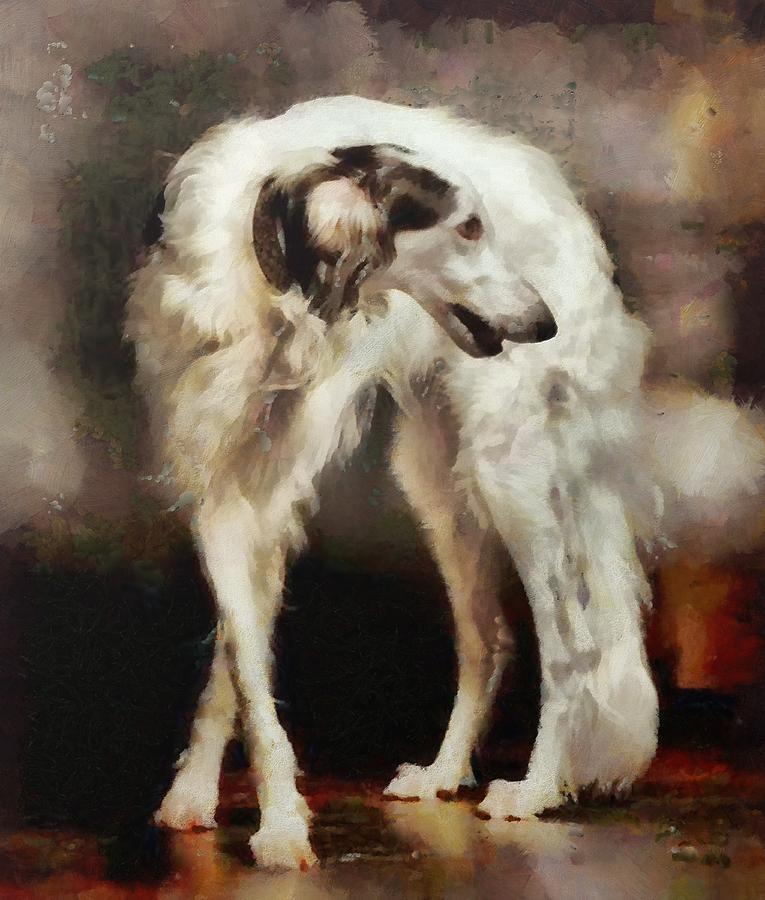 The Borzoi likely arrived in England as a gift from the Russian Czar to Her Majesty, Queen Victoria. The Prince of Wales, later to become King Edward Vll, was also given a pair named,”Molodetz” and “Oudalzka” both of whom were said to have been exhibited to the public in London. The association of Borzoi with the British Royal extended over fifty years, largely because of the great interest shown them by Queen Alexandra, a noted dog lover who had married into a family of noted dog lovers. Alexandra bred and exhibited the breed, both before and after her accession to the throne. Indeed, such was her affection for her dogs that Queen Alexandra fed the dogs with bread from a flat basket and knew each of the dogs’ names and characters well.  She founded the Notts Kennel and dedicated herself to producing the finest quality Borzoi which was made easier by the weakening of the Russian nobility which allowed more and more of the dogs to be exported.
The two most famous Borzois owned by Edward VII and Queen Alexandra were “Alex,” of whom there is a painting in the Royal Collection by Benjamin Firth, and “Vassilka”, who was modeled and cast in silver by Fabergé. 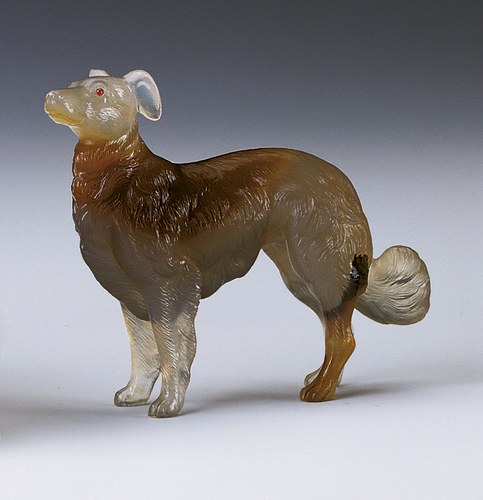 The beautiful piece above was commissioned by King Edward VII in 1907. Fabergé’s sculptors chose this piece of agate carefully to represent the long-haired coat of the Borzoi and its distinctive coloring.
Image: “The Borzoi Uturn” by Janice MacLellan is available as a print here

2 thoughts on “The Borzoi’s Royal Connection”