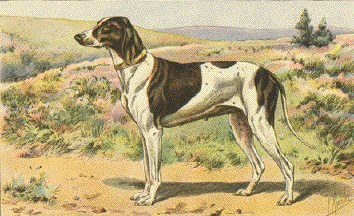 Back in the day, France had popular pointing dog known for its speed, elegance, and sighthound-like lines. Known as the Braque du Puy, or DuPuy Pointer, the breed was said to have been created in the 19th century by the du Puy brothers who crossed their Braque Francais dog with a Sloughi (though some opine that it’s more likely that the fellas actually used greyhound-type dogs). The Braque du Puy is now considered extinct, but occasionally, rumors surface that some of these dogs still exist in remote pockets of Europe.

For a list of native dog breeds of the UK that are vulnerable, click here (and vow with us: No more breeds on our watch!)