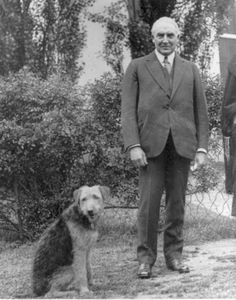 The breed dubbed the “King of Terriers,” have also been 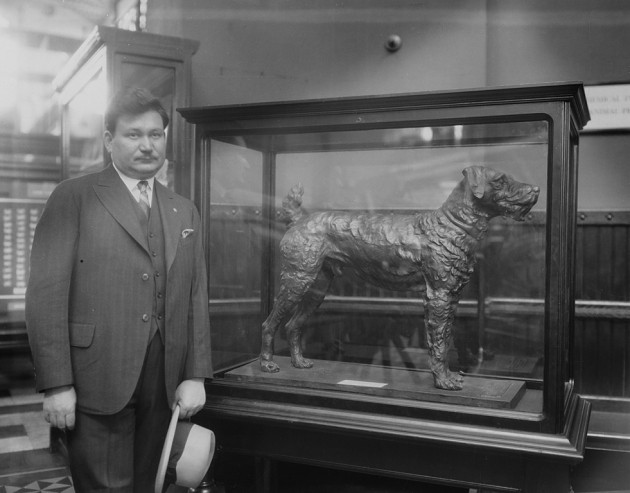 called the Buckingham Palace guards of the dog world. We’re referring to the Airedale Terrier, one of whom was arguably the most famous dog to live in the White House.

“Laddie Boy” went everywhere with his master, President Harding everywhere, and the public couldn’t get enough of him. Laddie Boy attended met dignitaries, attended fundraisers, and even “wrote” letters to the press (“ghost written by the President, himself).
When Harding died of a heart attack, over 19,000 newspaper boys each donated a penny to the memory of the fallen president. The copper was melted down and shaped into a statue of Laddie Boy. The piece was sculpted by Bashka Paeff who had Laddie Boy serve as a live model in over 15 sittings before it was finished.
When Harding’s widow, Florence, moved out of the White House, she gave Laddie Boy to Harry L. Barker, a secret service agent. Laddie lived out the remainder of his life in Massachusetts.