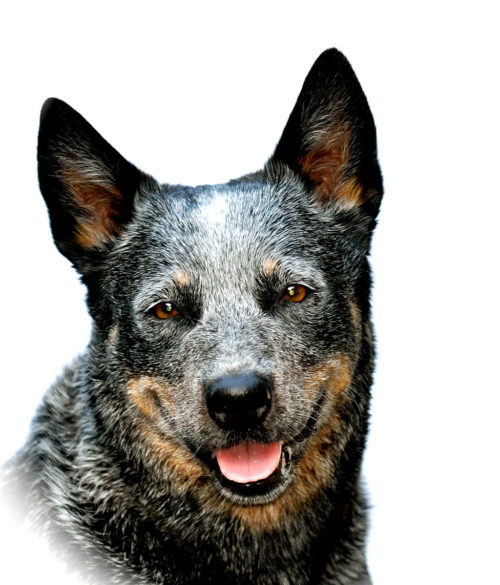 In the history of the Australian Cattle Dog, one of the “cast of characters” was Tom Bentley, alternately described as a butcher from Glebe Island or a cattle farmer from New South Wales.  He owned a dog from the pure strain developed by Thomas Hall (blue or red speckled pups known as “Hall’s Heelers”) that dazzled all who saw the dog, then watched him work. Bentley’s Dog, as the dog came to be known, was a highly popular stud stud, and whether it’s just a few hairs that need close inspection to be seen, or an obvious blaze, all Australian Cattle Dogs are said to have what has come to be known as the “Bentley Mark” or “Bentley Star” because of this dog. A black tail-root spot seen occasionally in blue dogs is also said to be attributed to Tom Bentley’s dog.

16 thoughts on “Can You See This On Your Australian Cattle Dog?”