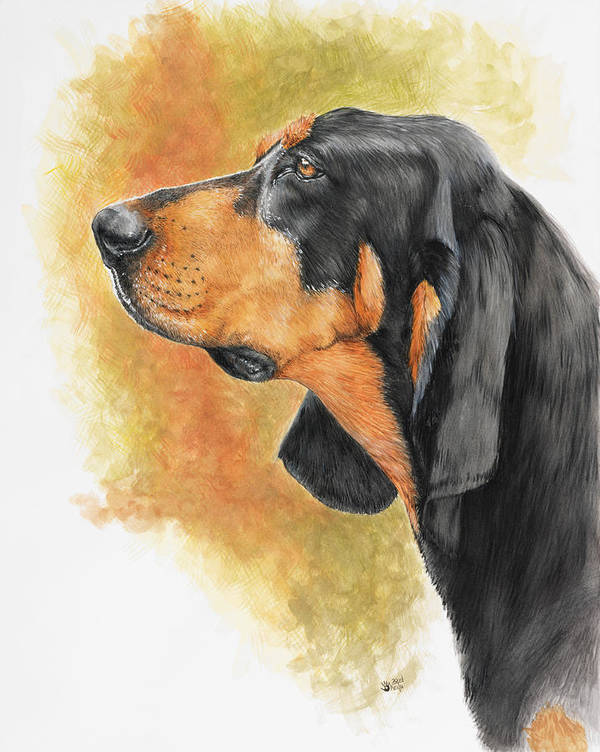 The Black and Tan Coonhound is the marvelous amalgamation of its forebears, the Bloodhound and American Foxhound; it received from the Foxhound its “all terrain” abilities in warm weather, and from the Bloodhound, its coloring, and the reputation of being a nose with a dog attached to it.

After a long history of working and hunting in the United States, the breed was recognized by the AKC in 1945, the first Coonhound breed so recognized. It would be another sixty-four years before another coonhound would be accepted, that being the Bluetick Coonhound.