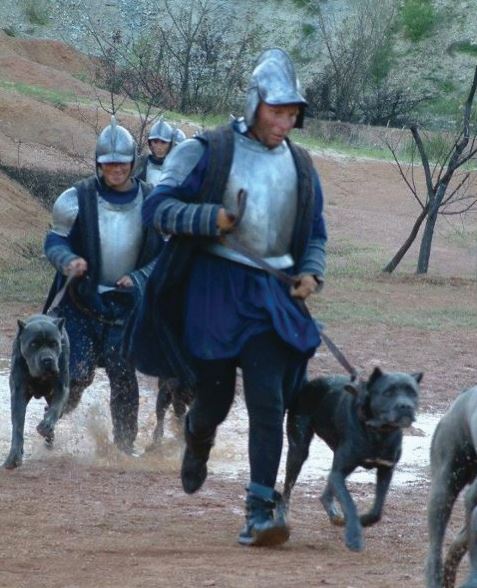 At least three TV shows have included a Cane Corso, including Game Of Thrones, Blacklist and Atlanta. The breed also appeared in “Atlanta,” “Sessomatto” (an Italian comedy movie released in 1973), and Cane Corso, “Italic’s Once In a Blue Moon” (aka “NASA”) had a role in the 2014 movie, “Save The Date.”

Corso fans were also tickled to see their breed in the season premiere of the second season of, “The Borgias.” Hungarian animal handler, Arpad Halasz, trained the Cani Corsi for the movie and said that the choice of breed was period appropriate. ‘’In paintings, drawings, stonework and descriptions, we found dogs who looked like a Cane Corso,” he explained. “The breed’s intimidating appearance was described as for the role which called for a canine brave and brawny enough to ride shotgun with mercenaries and papal forces.”