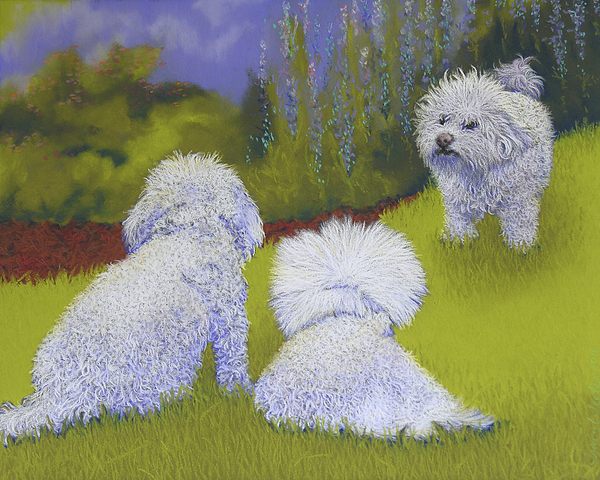 News of Fidel Castro’s passing was welcomed news to the people whose lives he upended, and certainly to the Cubans who loved their country’s national dog breed, the Havanese. Castro hated dogs. He did nothing to preserve the Havanese registry also impacted by the upheaval he started when he overthrew the government in 1959. Wealthy Havanese owners who fled the turmoil to the United States thought they’d be gone for only a short time and left their dogs behind with servants. Instead, they never returned, and many Havanese were left homeless. As a result, the breed nearly vanished, and had some Cubans not taken their dogs with them when fleeing Cuba, things would have been dire for the breed.

Among the first Cuban Havanese breeders in the US were the Perez and Fantasio families. They had settled in Texas, but it was in the waiting room of a Colorado dentist that Dorothy Goodale saw pictures of their dogs in a Spanish language magazine. An Irish Wolfhound person, Gooddale been looking to downsize and though she neither read nor spoke Spanish, she tracked down the owners of the dogs in the pictures and acquired fourteen Havanese. Gooddale knew she would need more than fourteen dogs to preserve the breed, and for more than a year, she placed classified ads in Spanish-language newspapers in Miami seeking more Havanese. The advertisements worked. Gooddale was able to acquire eight more dogs, and in 1979, she founded the Havanese Club of America. By the early ’90s, they had registered 1,060 Havanese. At one time, every Havanese in the world outside of Cuba could be traced back to the original fourteen dogs.

32 thoughts on “Castro and the Havanese”