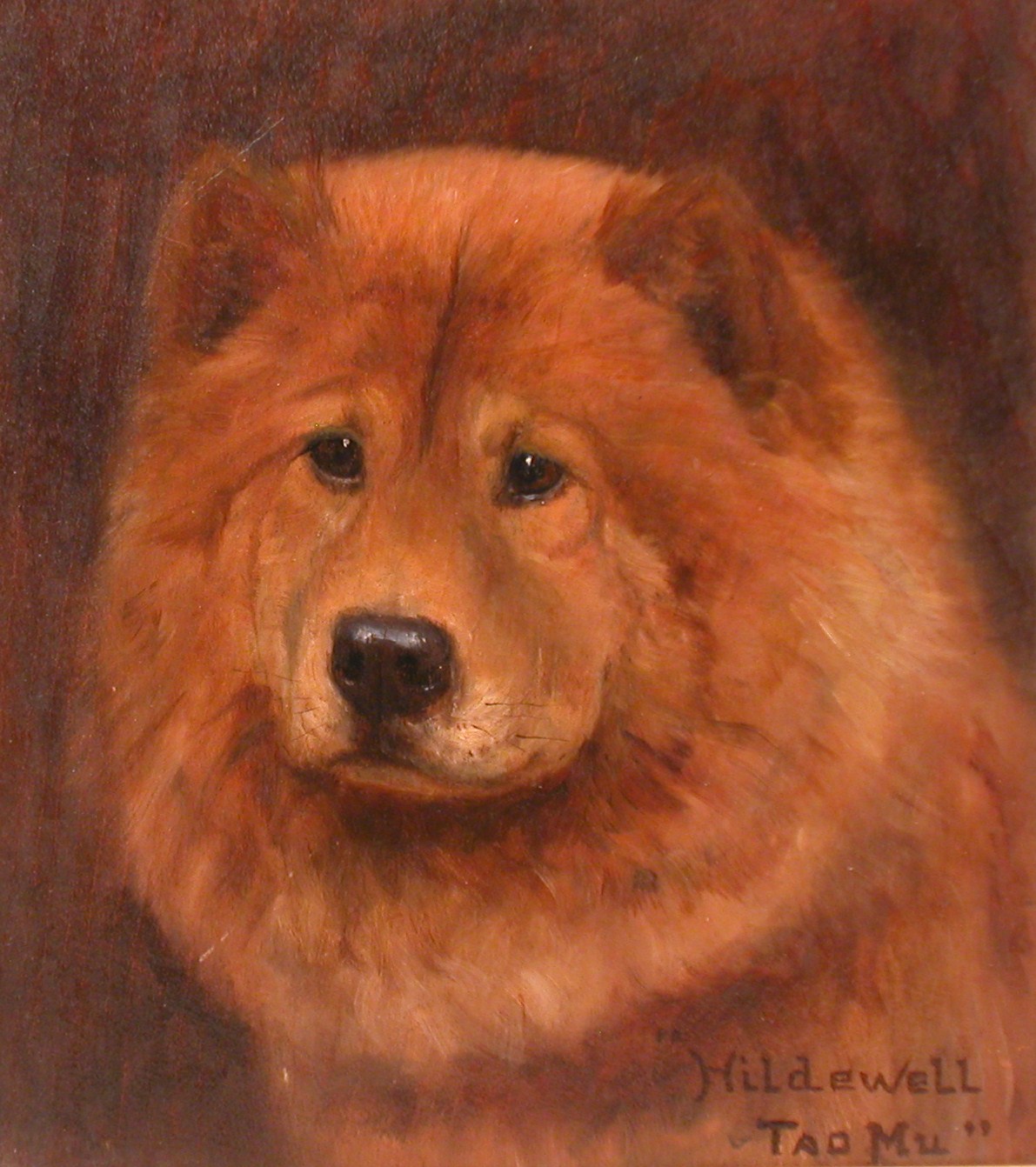 The origin of the Chow Chow’s name remains subject to debate, a dispute we’re not sure will ever be settled definitively. Some sources believe the name was derived from pidgin English in the 1700s and used by ship mates to describe odds and ends bought back from the far East.  Another source points out that Chow, or Chou, is slang in Chinese for “edible.”  In fact, at one time, the breed was considered a food source. It was thought that the bluer the breed’s blue-black tongue, the better as it suggested sweeter meat; black dogs were supposed to be the most nutritious, while the smooth coated variety was preferred over the rough variety since the latter’s was most commonly used to make fur coats). Others believe that the name comes from an ancient word, “Cha” or “chao,” meaning “dog of great strength.”

On a far more pleasant note, the first Chow Chow to appear at an American dog show was named “Takya,” who placed third in the Miscellaneous Class at Westminster Kennel Club show in 1890.  The first Chow registered with the AKC (1903) was named, “Yen How.”

Oil on panel of the Champion Chow Chow “Hildewell Tao Mu” by Monica Gray circa 1910. http://www.hamsheregallery.co.uk