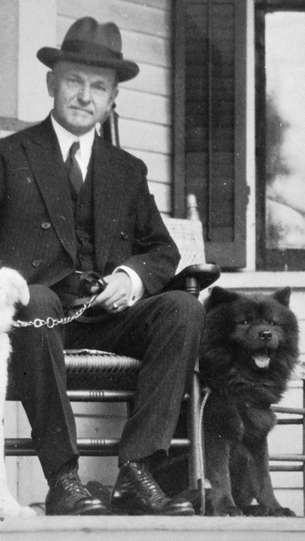 There are many ways to earn the affection of a dog, but not all breeds give it the same way, and some breeds could be regarded as “high maintenance” when it comes to getting in their good graces.
The Chow Chow isn’t like other breeds, and dare we say it, his temperament is often misunderstood by people who assume all dogs fawn for attention. The Chow Chow has a special nature that is more cat-like in its view of the world: Aloof, reserved, dignified, independent and stubborn, this breed can make you work for its consideration. These are admirable qualities to the people who own this breed and who are its Preservation Breeders. Chow Chows expect to be treated with dignity, and in return, the dog will reward you with undying respect and loyalty. Put another way, this isn’t a push-over breed.
Chow Chows first appeared at American dog shows in the late 1800s. A dog named, “Takya,” was the first Chow to be exhibited in the US,  and Takya also won third prize in the Miscellaneous class at Westminster Kennel Club Dog Show in 1890. The breed, however, got more attention when President Calvin Coolidge had one at the White House (it was Coolidge who said, “Any man who does not like dogs and want them about does not deserve to be in the White House”). Coolidge had, in fact, two Chow Chows “Tiny Tim” and “Blackberry.” Tiny Tim, a birthday gift for the president, shared the same birthday as Coolidge – the Fourth of July. By some accounts, Tiny Tim was also nicknamed “Terrible Tim” for his antics, but he was very much part of the family after the Coolidges left the White House.
Image of President Coolidge with “Tiny Tim,” said to be a red Chow Chow via Pinterest and happily credited upon receipt of information.