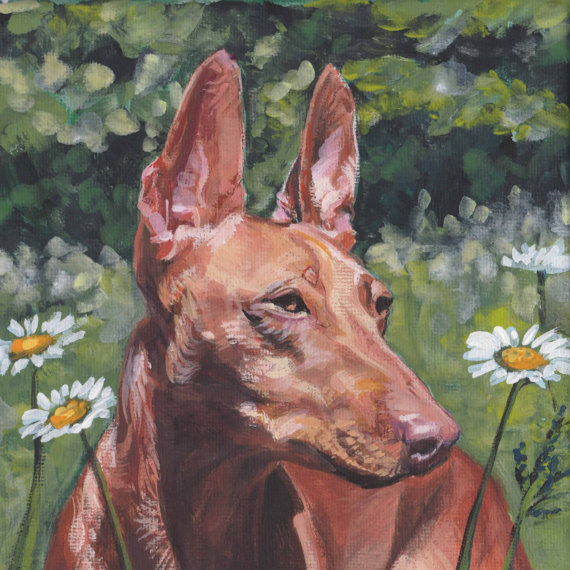 United States Supreme Court Justice Potter Stewart famously said of pornography in 1964 that while he couldn’t define it, he knew it when he saw it, and in a tortured line of thinking, the same could be said of certain aspects of purebred dogs. Moderation and balance is key in so many breeds, but sometimes it’s easier to spot when it’s wrong than to define what is desired.

The Cirneco dell’Etna is a finely tuned hunting machine, each aspect of its conformation a factor in its success as such, and one of its primary sources of type is its ears. Cirnceo owners (and that’s pronounced “cheer-nay-ko”) are well acquainted with hearing, “those ears!!!” when out and about with their dog, and indeed, the length of the ears, when measured from the outer point of where they’re attached to the head to their tips, shouldn’t be more than half the head. That’s a sizable ear compared to other dog ears. That said, and to paraphrase writer, Lucia Prieto, if your eyes are focused on a Cirneco’s ears and you can’t look away from them, they’re probably too long.