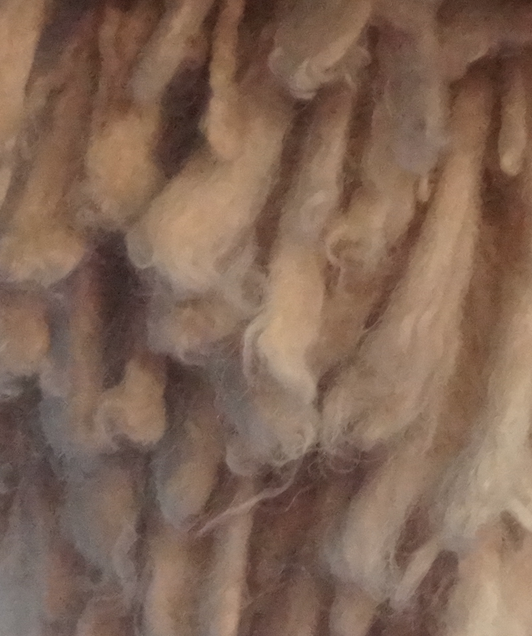 Most people associate a corded coat with the Komondor, Puli, and if they know their stuff –  the Havanese. If they’re really “in the know,” they’ll also be aware of the fact that the Bergamasco is “flocked,” not corded.  Perhaps because the breed is relatively new to many in the United States, few among us immediately think of the Spanish Water Dog as having a corded coat, but it can, and the detail at the left comes from the SWD at the bottom right. 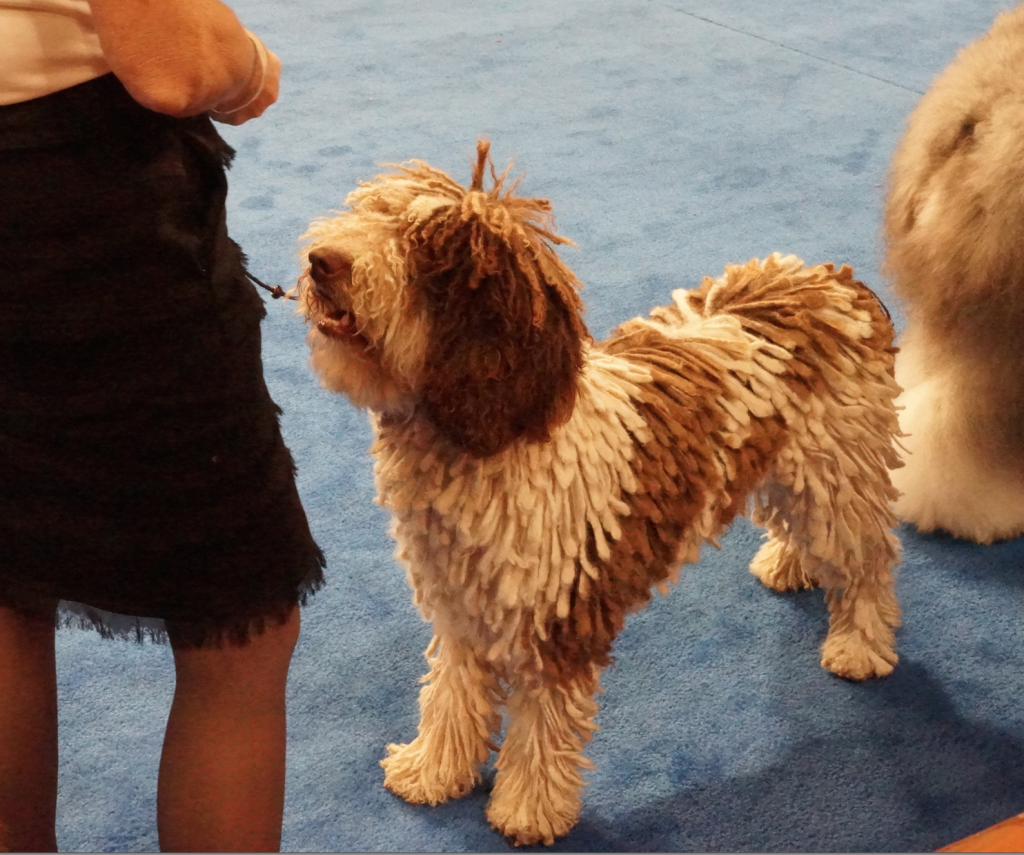 Traditionally, the dogs were clipped down once a year with the sheep, but that isn’t a breed standard requirement. The breed’s curly and wooly coat is never brushed, and the dogs are usually shown at a dog show in natural curls, corded, or clipped.  Unlike the double coat of the breeds mentioned in the first paragraph, the SWD has a single coat, and if not matted, will form into lighter, narrower cords. The hair of different colored SWD  (black, brown, beige, white) can have slightly different textures from each other and will cord differently. The standard indicates that as a rule, lighter-colored coats and spots often mat more easily than the darker ones – but not always.

Photo from the 2015 Eukanuba Dog Show