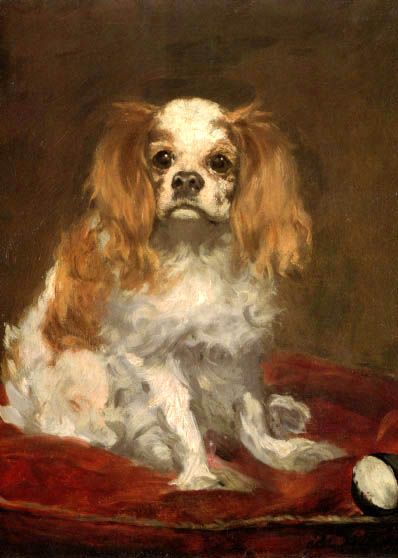 For most of us, a dog at our side is all the medicine we need, and while we’ve instinctively known it all along, doctors are finding that the benefits of having a dog in the house is a measurable, definable thing. It brings to mind, “Everyone old is new again.”

A prescription written in Olde English back in the 16th century for Queen Elizabeth I directed her to keep a “comforte dog” on her lap to treat a cold, a dog believed to have been an ancestor of the Cavalier King Charles.

“Charlies,” (the modern nickname for an old breed) were originally bred to warm laps in drafty castles and chilly carriage rides.  These companion dogs were described by Dr. Caius, physician to Queen Elizabeth, and author of the first book in English devoted entirely to dogs: “the delicate, neat, and pretty kind of dog called the Spaniel gentle or the comforter’ which is a ‘pleasant playfellow.’” In a passage translated by Jane Harvey, he went on:

‘Among all other qualities of Nature, which are known we find that these little dogs are good to assuage the sickness of the stomach, being often times thereunto applied as a plaster preservative [!] or borne in the bosom of the diseased and weak person [!] which effect is performed by their moderate heat. Moreover, the disease and sickness changes place and enters into the dog [!] which is the truth as experience can testify. For this kind of dog sometimes falls sick, and sometimes dies, without any harm being outwardly enforced. The argument is that the disease of the gentleman or gentle­woman or owner entered into the dog by the operation of heat intermingled with the infection.’

In addition to helping with The Cavalier’s other job was to attract fleas and thereby spare their masters the flea-transmitted bubonic plague.

It was under the Stuarts, and Charles II specifically, that the toy spaniels were given the royal title of King Charles Spaniels. Charles was seldom seen without two or three spaniels at his heels, and so fond was he of his little dogs that he decreed that they should be accepted in any public place, even in the Houses of Parliament where animals were not usually allowed. This decree is still in existence in England today.