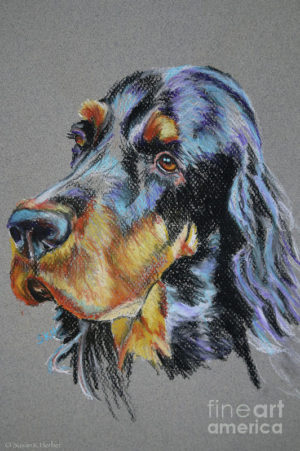 According to family legend, the first Gordon on record was Richard of Gordon, grandson of a famous knight who slew a monstrous creature near the Scottish Borders in the time of King Malcolm III of Scotland – the 11th century. Down the years, a number of Gordons distinguished themselves, including Sir Adam of Gordon who supported Robert the Bruce in his fight to free Scotland from English rule. It is said that all Gordons are descended from Sir Adam (though there is a good deal of debate on that point), but there is no arguing that the Clan Gordon was at one time one of the most powerful clans in middle Scotland. Major landowners and famed horse breeders, the clan wielded such enormous power during the 16th and 17th centuries that their chief became known as “the Cock of the North,” a nickname that, by the way, is still proudly used.

One June 18, 1743, that title was passed to Alexander Gordon, the 4th Duke of Gordon. At the age of 51, the 4th Duke of Gordon raised the 92nd Regiment of Foot, later to become the Gordon Highlanders. Perhaps it was in his honor that Cock o’the North, a 6/8 military march, bagpipe tune and jig was created. If you like bagpipes, take a listen:

The Duke had a fondness for rural pursuits on his Aberdeenshire estate having been born into a family that bred horses and dogs. Long before his birth, black-and-tan gun dogs were found in Great Britain as early as the 1600s, and it’s said that there were several well known kennels of black-and-tan Setters outside of Scotland, but when exactly Alexander established his own kennel remains unknown.  Scholarly debate continues about the first dogs that Alexander used in his breeding program. They may have been acquired from Thomas William Coke, later to become the 1st Earl of Leicester. He may have bred a black-and-white Scottish Collie belonging to one of his farmers with one of his own setters which could account for the black, white and tan, black and white, and black and tan dogs he had early on. Since the Duke had a preference for the black-and-tan dogs, breeding more of them became the focus of his breeding efforts.

Though the Duke didn’t keep records, the Gordon strain of setters was present at Gordon Castle before 1815, and around then is when the dogs became known as Gordon Castle Setters, or Castle Setters. In some areas, they were known as Black and Tan Setters. Since the Duke was credited with creating these dogs, Gordon Setter was the name given to the breed by the Kennel Club when it recognized the breed, though David Hancock suggests that the Duke would not have approved the setters named after him absolutely needing to possess the now mandatory black and tan jacket of the breed. We leave that debate to breed experts.

Ria Hörter has written extensively on the subject here, and as an aside, in the course of doing homework on the Gordon Setter, we came across this site that may be of interest to people named “Gordon” with an interest in clan history.